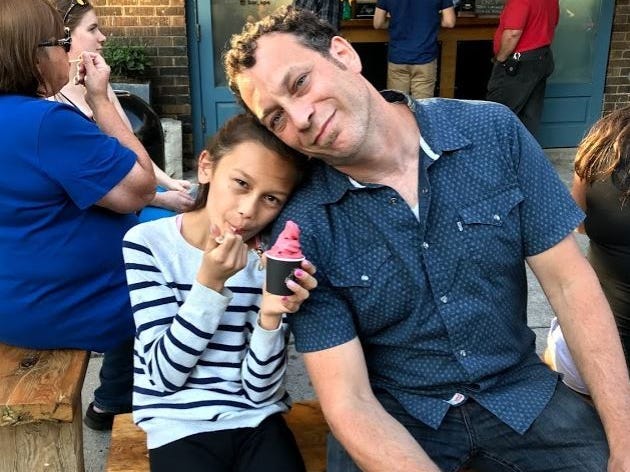 Jamie Alexander is a Toronto, Canada, father who designed a swimwear brand made for transgender girls inspired by his daughter, Ruby.

For years, Alexander watched as his now-12-year-old daughter struggled to find swimsuits that she felt comfortable wearing. He told Insider that Ruby, who transitioned when she was 9, often wore board shorts and sweatpants in place of traditional swimsuits, but at age 11, she expressed interest in wearing a bikini.

Alexander told Insider that he couldn’t find many options for form-fitting clothes or swimwear designed for transgender kids or teenagers, so he decided to make his own.

After months of research and discussions with other parents of transgender children, in February 2020, Alexander launched Rubies, named after his daughter.

“I wanted to design clothing that feels the same and looks the same as my daughter’s cisgender friends are wearing,” he told Insider.

The bottoms are available in kids’ sizes 4 to 24, and the product description states that the bottoms are made from “compression spandex and mesh.” They are designed so that there is “no tucking required,” according to the brand’s website.

Prior to launching his first product, Alexander told Insider that in 2019, he turned to other families of transgender children to learn about clothes that they wish they could find their kids.

At the time, he learned that many transgender children were wearing prototypes of Rubies’ bikini bottoms as underwear — which inspired him to later launch the Shaping Underwear ($25). The underwear is available on the brand’s website for pre-order at the time of writing.

Jessica Herthel, who co-authored the children’s book “I Am Jazz” with transgender activist Jazz Jennings, told the “Today” show about the positive impact that clothing brands like Rubies can have on transgender kids and their families.

“An item of clothing like Rubies swimwear can be a total game-changer for transgender and gender-creative children,” Herthel said. “Being able to do something that most of us take for granted — namely, to go swimming without fear of being stared at or teased, or even targeted — can give a child a feeling of normalcy and belonging.”

Alexander said that his daughter, Ruby, plays an active role in the development of the brand. She models samples, gives feedback on samples, and approves all of the products before they’re listed for sale.

Alexander told Insider that he’s proud of the influence the clothing items have had on its customers so far.

“To know these kids have been able to go back to their activities and feel comfortable wearing Rubies, with a lot of them wearing them under leggings, that’s what I’m most proud of,” he said.