(CNN)They dreamed of serving, and now they can after President Joe Biden lifted the Trump-era ban on most transgender Americans joining the US military.

Paulo Batista held onto his dream, even when it seemed impossible. Ever since high school, Batista wanted to join the military and serve his country, inspired by his father’s time in the Air Force.
“My father is a first-generation immigrant,” said Batista. “This was some way to pay back and show love for the country. It was embedded in me, and it became a passion.”
Batista joined the Junior Reserve Officers’ Training Corps (JROTC) at his Florida school, but when it came time to enlist, his father needed him. Batista’s father was diagnosed with terminal cancer, and he put his own life on hold to care for his family. But he made his father a promise: he too would join the military and serve his country. 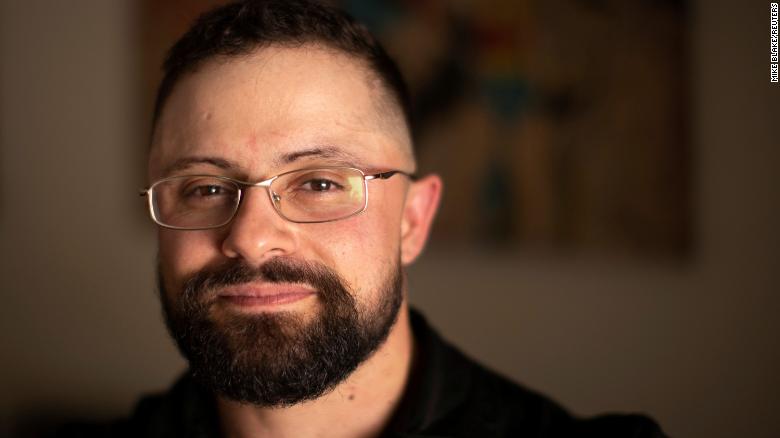 Paulo Batista can now enlist in the US military after the Biden administration lifted the Trump administration’s transgender ban.
Batista soon faced a different obstacle on his way to fulfilling the promise he made. After his father passed away in 2009, Batista, whose sex assigned at birth was female, began his transition to his authentic self, a man. Before he could look to serve his country, he had to look inwards.
“It was either go for the military or go through a complete transition and live with my authentic self,” said Batista, a competitive body builder. He had nearly completed his transition when former President Barack Obama repealed “Don’t Ask, Don’t Tell” in 2016, and he was ready to enlist.
close dialog
CNN’s Chris Cillizza cuts through the political spin and tells you what you need to know.
By subscribing, you agree to our
privacy policy.
A year later, former President Donald Trump announced on Twitter that he planned to ban transgender individuals from serving in the military.
Biden lifts transgender military ban
Batista didn’t give up, though it certainly crossed his mind. Trump’s transgender ban went into effect in early 2019.
“There’s nothing much you can do when that happens,” Batista said. “Everything kind of dwindled. It didn’t fade for me, I just had to backpaddle a little bit.”
With each year that passed, Batista’s options shrank. Now 36 years old, he is too old to join the Army or Marines, instead focusing on the Air Force and Navy. He believed that Biden would repeal the transgender ban, but he never thought it would happen this fast.

“I am just excited. I feel renewed again,” Batista said. “I’ve worked this great civilian life, but it’s not what I’ve always wanted and loved to do, and now I’ve got that chance. I’m just so eager. I’m ready to keep up with those 18-year-olds.”
SPART*A, the Service Members, Partners, Allies for Respect and Tolerance for All, estimates there are 15,000 transgender service members, and the organization is in contact with more than 300 other transgender individuals who are ready to enlist. Emma Shinn, President of SPART*A and a captain in the Marine Corps says they “can rest easier knowing that their service to our nation is seen, valued, and that they can continue to serve as their authentic selves.”
Why inclusive policy is a critical next step for diverse Biden administration
Kaycen Bradley’s journey began in 2017. Bradley, 22, first tried to join the military out of high school. But when he told a recruiter he was transgender and did not identify with the sex he was assigned at birth, “That kind of stopped my process with them completely,” he said.
In order to join, Bradley needed to wait 18 months after his last surgery related to his transition — for him, August 2019. As he continued training a few days a week with others who wanted to join the Marines, the transgender ban went into effect.
“It was kind of devastating,” Bradley said. “I kind of fell into a little slump for a little bit. I kind of stopped training.”
But Bradley realized he’d become a role model to some of the younger men going to training every week. “I decided to stop feeling sorry for myself,” Bradley said. “I started pushing hard, and just kinda kept my head into it.”
With the ban repealed, Bradley is now working with an Army recruiter to enlist.

‘This is actually happening’

“I feel like it still hasn’t hit me 100 percent, and I don’t think it will until I’m able to process, and swear in,” Bradley said. “I think that’s when it’ll really hit me that, hey, this is actually happening.”
Second Lieutenant Kazper Lewis is already writing his story. Lewis enrolled at the United States Military Academy at West Point as a female, the gender assigned at birth. Ever since fifth grade, Lewis dreamed of serving, inspired by his father’s Army service and drawn to the structure, purpose, and challenge of the military. 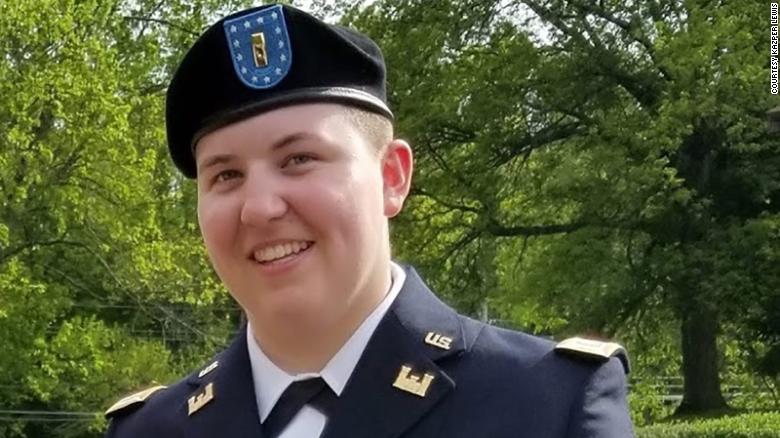