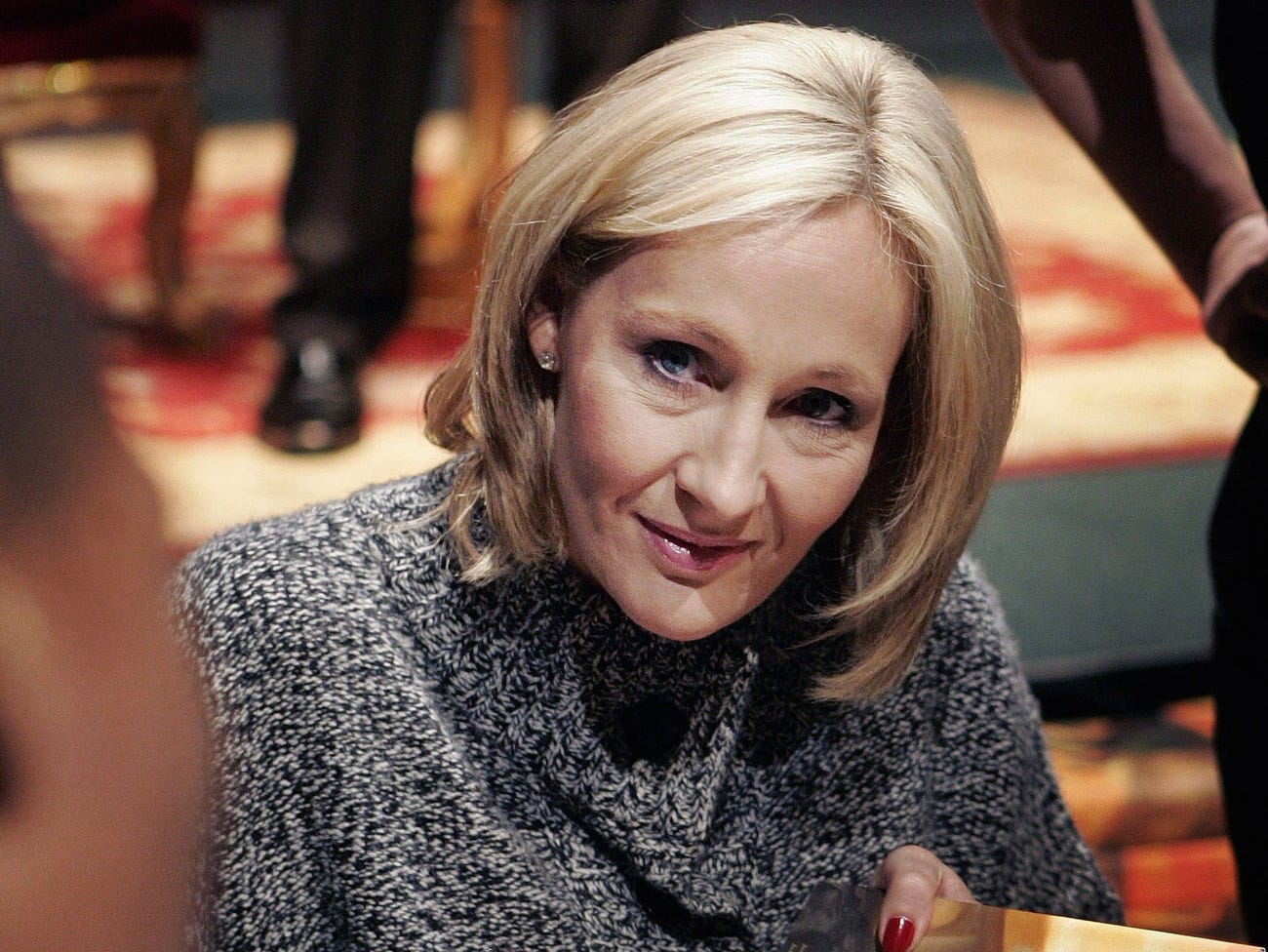 J.K. Rowling seemingly embraced the term “TERF” on Twitter in her latest controversy over transgender activism and the “Harry Potter” author’s stance on how transgender women fit into her feminism beliefs.

“‘Feminazi,’ ‘TERF,’ ‘b—-,’ ‘witch,'” she wrote in response to someone calling her a TERF, which stands for trans-exclusionary radical feminist. “Times change. Women-hate is eternal.”

Rowling has been suspected of holding TERF beliefs for over a year, as the author repeatedly insinuated or flat-out stated she supports feminist women who do not believe that transgender women are female. “JK Rowling is a TERF” and “TERF” trended alongside the author’s name on Saturday night, after she posted several tweets.

While TERF ideology is prominent in the UK, Rowling’s tweets were widely condemned, attracting more negative replies than positive ones. Despite being unpopular in mainstream online circles, “TERFs” have created online subcommunities that have been leveraged to impede political action toward transgender rights and equality in both the US and the UK.

Rowling told her 14.5 million Twitter followers that trans people are “erasing the concept of sex,” attempting to justify her stance by using it to support “same-sex attraction,” even though most gay men and lesbian women consider themselves part of the LGBTQ community, and thus support transgender people.

If sex isn’t real, there’s no same-sex attraction. If sex isn’t real, the lived reality of women globally is erased. I know and love trans people, but erasing the concept of sex removes the ability of many to meaningfully discuss their lives. It isn’t hate to speak the truth.

63.6K people are talking about this

There is a difference between sex and gender, and scientifically speaking, there are more than two sexes. Intersex individuals are born with reproductive or sexual anatomy that doesn’t fit the traditional definition of female or male. Furthermore, transgender individuals identify with a gender that is different from their assigned sex at birth, so the concept of being transgender does not negate the existence of sex.

In response to a since-deleted tweet that seemingly referenced her failure to acknowledge the difference between gender and sex, Rowling wrote, “I’ve spent much of the last three years reading books, blogs and scientific papers by trans people, medics and gender specialists. I know exactly what the distinction is. Never assume that because someone thinks differently, they have no knowledge.”

But before she launched into her tirade, Rowling tweeted out an article that she insinuated struck a nerve because it used the phrase “people who menstruate” instead of “women.” The inclusive language is used because some individuals who menstruate identify as male or as other non-female gender identities. Furthermore, not all women are able to menstruate, and most women stop menstruating as they age.

With J.K. Rowling’s defense of horrible transphobia, there are folks claiming trans people aren’t valid and citing “science”… except medical and other scientific experts disagree with that completely. Here’s a helpful list of what the experts think about trans folks. (thread)

3,690 people are talking about this

Rowling cited a “self-described butch lesbian” friend of hers who she said called her and shouted “F—ING YES” after seeing Rowling’s recent tweets. She also shared an article written by a lesbian women who holds TERF beliefs and retweeted a gay man who endorsed gay individuals who are “concerned” about transgender activism.

By using these gay and lesbian individuals as a shield from criticism, Rowling seemed to imply that she is not just an outsider making claims about the LGBTQ community; gay people agree with her, the author implied. But as transgender journalist Katelyn Burns wrote in her analysis of the rise of online TERF circles, UK feminists who promote TERF ideology did not source it from the UK LGBTQ community. Slate has also reported that TERF ideology is more popular in the UK than it is in the US.

Furthermore, TERF ideology is largely constricted to internet forums and a few fringe groups in the US. Burns reported for Vox that some of these groups have leveraged TERF beliefs politically, to harm transgender individuals fighting for rights like the ability to use the bathroom of their choice – sometimes by even collaborating with conservative groups who actively work against reproductive rights.

Rowling claimed in her tweets that she has “been empathetic to trans people for decades,” but she also implied using an “if” statement that transgender people are not currently being discriminated against for being transgender — a statement that could not be further removed from the lived experiences of trans individuals worldwide.