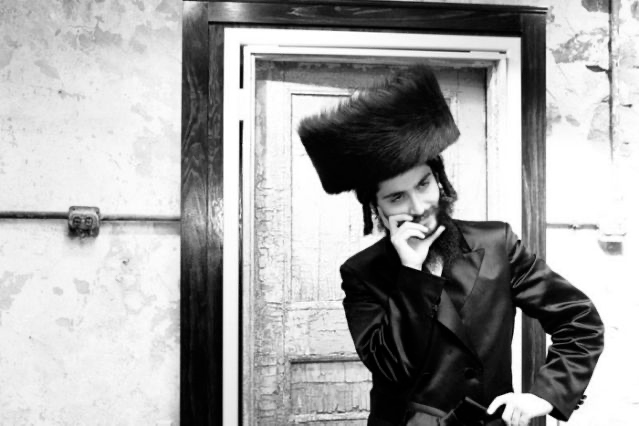 Fugitive, the production and financing company run by Anthony Kimble and Merrily Ross, has picked up international distribution rights to four new projects from Rogo Productions, including transgender Jewish drama “Abby” and a high-profile doc series about the Israeli-Palestinian conflict.

Fugitive has also formed an exclusive partnership with the London-based production company, run by Alex Holder, producer of feature doc “Keep Quiet,” which has played on Netflix.

Drama “Abby” is based on the true story of Abby Stein, a young woman from New York, who used to be an ultra-Orthodox rabbi. Seven years ago, she was Yisroel Stein, a Jewish rabbi in Brooklyn with a young wife, a small child and and rising star on the rabbinical circuit — until he shocked his community and came out as Abby, a transgender woman.

“Abby,” the scripted series, is now being co-developed by Rogo Productions’ Howard Cohen, who recently joined from Fulwell 73, alongside Anthony Kimble from Fugitive. It follows Abby’s journey of self-discovery and transformation into an LGBTQ activist, exploring what identity, community, religion and family mean.

Elsewhere, “Conflict of Interest” is a limited series currently being filmed, and available for pre-sale. Helmed by “Under the Wire” director Chris Martin, the production on the Israeli-Palestinian conflict has conducted interviews with Professor Noam Chomsky, former British Prime Minister Tony Blair, Nickolay Mladenov, UN ambassador to the region, and former Prime Minister of Israel, Ehud Barak.

Meanwhile, three-part series “Empty Planet” takes a trip around the world’s most historic and eye-catching landmarks and landscapes, all empty during the coronavirus pandemic. The series is being shot entirely through drone footage, and will be combined with archive and narrative insight.

Feature doc “Keep Quiet” previously won the Cinema for Peace Award. Previously available on Netflix, the film is about Csanád Szegedi, an antisemitic, far-right Hungarian radical, who embraced Judaism when he discovered that he was, in fact, Jewish.

Kimble said: “We are super excited to be working with Rogo Productions. ‘Keep Quiet’ did a fantastic job of raising Alex’s international profile, so we are confident that all four projects will be very much in demand.”