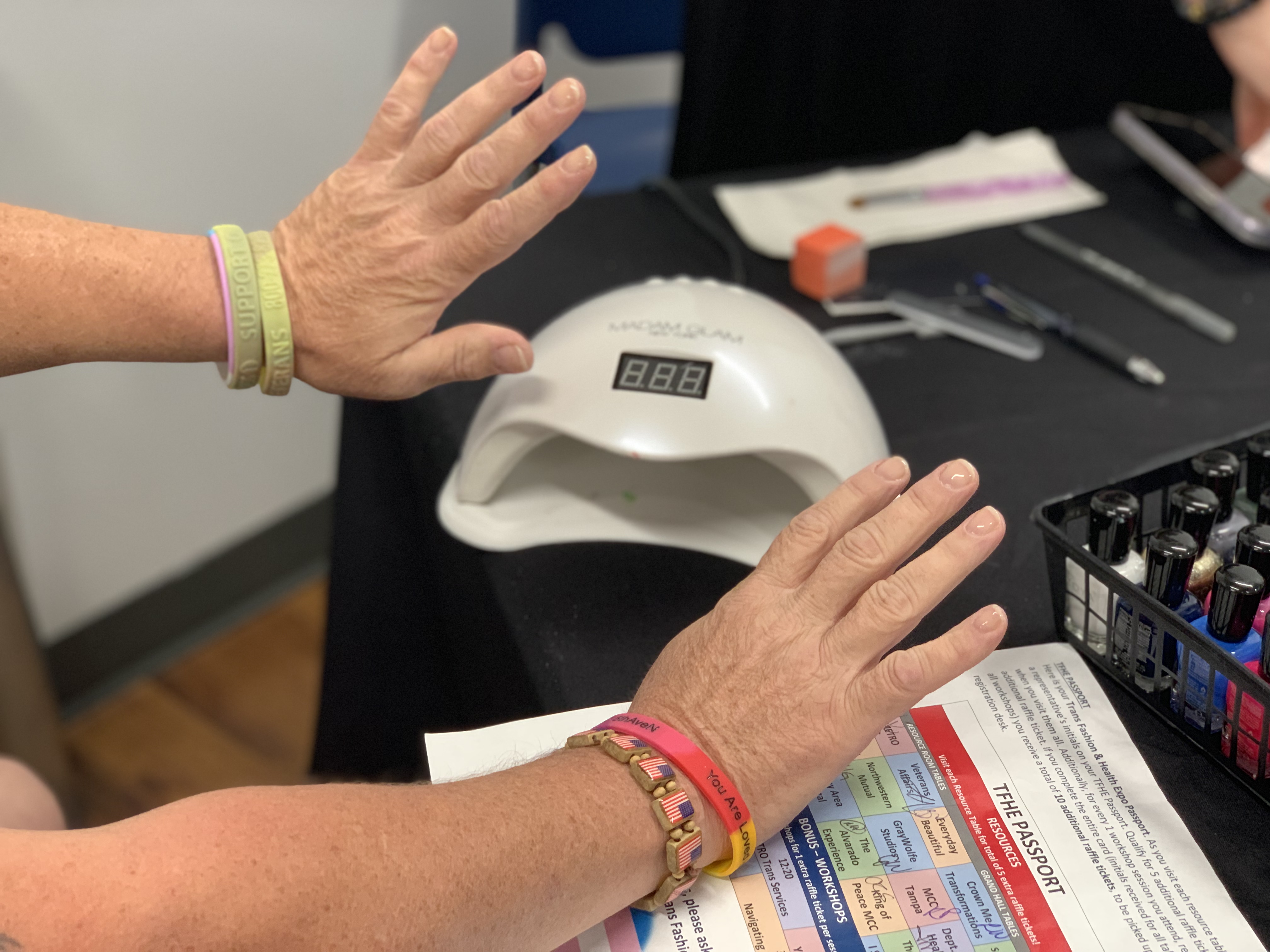 The 50-year-old U.S. Army veteran took the day off her job and paid an Uber driver $33 to cross the bridge from Tampa to St. Petersburg.

Someone at work had told Brenda Jameson about Saturday’s Trans Fashion & Health Expo, a day long event sponsored by the Tampa Bay Area Department of Veterans Affairs Agencies and Metro Inclusive Health, a St. Petersburg non-profit. It offered access to resources for the transgender community and, in particular, transgender veterans like Jameson.

The event came as President Donald Trump’s administration is rolling back equal rights. Earlier this year, the U.S. Department of Defense said that transgender troops must conform to the gender they were assigned at birth.

“This transgender issue has gone on long enough,” said Jameson, a cleaner at the James A. Haley Veterans’ Hospital. “Let them serve. Let them be who they are. We’ve got more important things to worry about.”

For Jameson, Saturday was about learning how to apply makeup and find clothes she can wear.

Jameson looks online for blouses and blue jeans, but women’s sizing can be fickle and misleading. It’s difficult knowing how items fit without trying them on. A few months into her transition, Jameson isn’t quite ready to visit the women’s department.

At a nondescript office park in St. Petersburg, there were racks of free clothing, tables of jewelry, stylists and discussions about how to seek health care and change a legal name.

Change, Jameson already knew, could surprise you. Feeling lucky, she placed a raffle ticket in the drawing for a Sephora gift basket.

She hadn’t intended to come out in October. Growing up, she always knew she was a woman. She’d tried to tell people, but it had never gone well. Eventually she stopped trying to tell people. When she enlisted, the issue was moot. In the military, it wasn’t allowed.

Jameson’s military career ended after a 1992 training exercise in the California desert in preparation to head to Kuwait. When her tank crashed into a ravine, Jameson broke both knee caps, was placed on inactive duty and eventually discharged. Jameson drove trucks until her mother became ill. She then quit to take care of her.

After Jameson’s mother’s death, she went to Florida in search of work, but instead struggled with drugs and became homeless. Eventually, she called Veteran’s Affairs for help and ended up in a homeless shelter for veterans in Tampa.

At the shelter she heard others making mean remarks about a transgender resident. Fed up, Brenda spoke out, reminding everyone that the military was about taking care of each other as brothers and sisters.

To her own surprise, she added one last detail: She was transgender, too.

After that, she started going by Brenda — a name relatives had intended as a mean nickname when she was a child because of her affection for long hair and girls’ clothing. Jameson reclaimed it. With access to support and medical care at the veteran’s hospital she’d been able to begin hormone therapy.

These past few months have been the freest of Jameson’s life, she said. Saturday she leaned into that feeling. A manicurist made her nails gleam with clear polish. A stylist gave her a blow out and shaped her gold hair into a bob.

A volunteer handed her what was now her entire makeup collection. Inside were fancy brands and baffling but glamorous products: A hydration mask. Multiple foundations. Rose face mist. Mascara. Perfume.