Audience members held candles during a vigil for Transgender Day of Remembrance at St. Paul’s Church in downtown Boston.  ERIN CLARK FOR THE BOSTON GLOBE

The Cathedral Church of St. Paul in downtown Boston was dark, save for the dim light of candles held by hundreds of people who attended Sunday evening’s Transgender Day of Remembrance vigil.

Each flame, held in a cup labeled with a name, represented one of the more than 300 transgender individuals — mostly transgender women — who had died this past year.

Many shed tears as volunteers stood up, one by one, to read the names of victims from around the world.

The event is itself a reminder of all the work that is left to be done, according to Mandy Wilkens, cochair of the event’s planning committee. 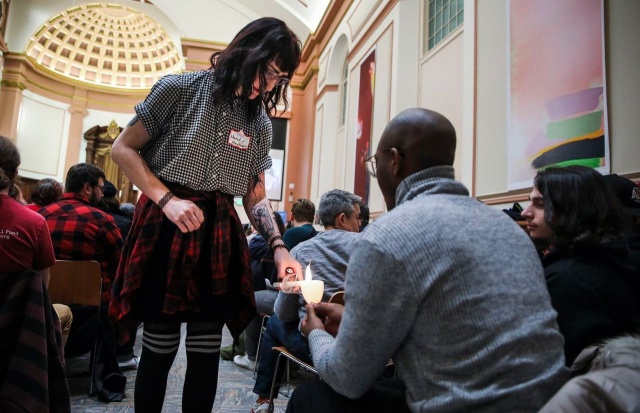 The program began in 1998 following the death of Rita Hester, a transgender woman from Brighton, Wilkens said. Hester was found murdered in her apartment just days after her 35th birthday. Since then, local Day of Remembrance events have been celebrated all over the country.

Because last year’s event — which marked the 20th anniversary of Hester’s death — was so emotional, organizers hoped this event would look toward the future.

Tamra Tucker, the pastor leading the event, opened the program with a greeting, acknowledging the role that some churches have played in harming transgender individuals.

Tre’Andre Valentine, executive director of the Massachusetts Transgender Political Coalition, urged the crowd to reflect on how they can better serve transgender women of color, particularly black transgender women, who aredisproportionately affected by violence.

“I’m speaking about myself as well,” he said. “As a state, as a community, as a nation, as an entire world, we have failed.”

Several members of the community stood up to share poems, stories, and words of hope.

Senator Ed Markey took the microphone to praise the trans community’s political successes, including last November’s passing of the Question 3 ballot that barred discrimination against transgender people in public places. He also gave a shout-out to Holly Ryan of the Newton City Council, who recently became the first transgender official elected in Massachusetts.

“You are fighting; you are standing up,” Markey said. “I’m proud to be here fighting for you.”

Members of the Sisters of Perpetual Indulgence, an order of queer and trans nuns, supported Sunday’s event by collecting donations to benefit the Boston Health Care for the Homeless Transgender Program and the Transgender Emergency Fund.

“We love the event and support it, but we wish we didn’t have to hold it,” LeLulia said. 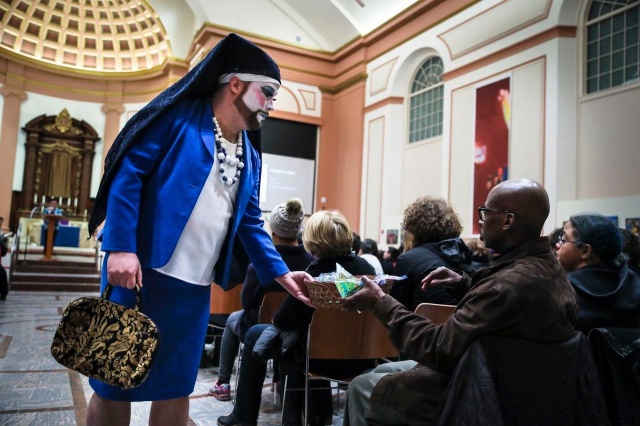 Chanel Kennerly held a candle during the vigil.  ERIN CLARK FOR THE BOSTON GLOBE 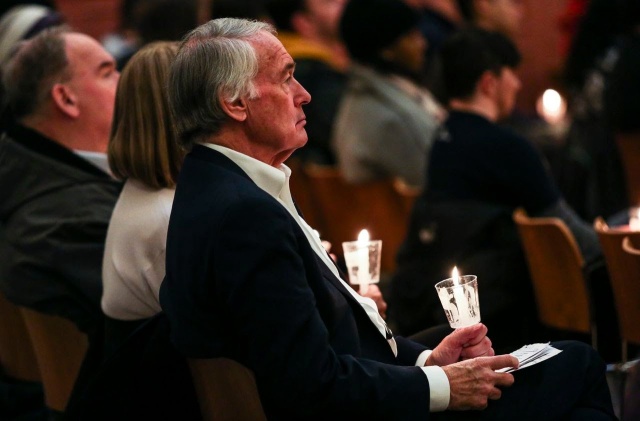