(CNN)Dana Martin was found in a roadside ditch. Chynal Lindsey was discovered in a reservoir. Bee Love Slater was found burned in a vehicle, and Bailey Reeves was shot after she left a party.

At least 22 transgender and gender non-conforming people have been killed in the US this year, according to a new report from the Human Rights Campaign. It’s the fifth year in a row that at least 20 transgender people were killed, the HRC says.

“When society continually dehumanizes and diminishes the dignity and identities of transgender people, when we have politicians undermining the lives and rights of transgender people, it sends a dangerous signal to those who would discriminate [against] or even attack the transgender community,” Sarah McBride, national press secretary at the Human Rights Campaign, told CNN.

The numbers of trans and gender non-conforming people killed each year are disturbing. But experts say they don’t tell the full story.

Some deaths are unreported

There is no official federal source on how many transgender people are killed in a given year.

The federal government collects crime data primarily through a system based on voluntary reporting from state and local law enforcement agencies. Agencies aren’t required to report crime data to the FBI, and no US jurisdiction or agency routinely collects information about a person’s gender identity when they die. 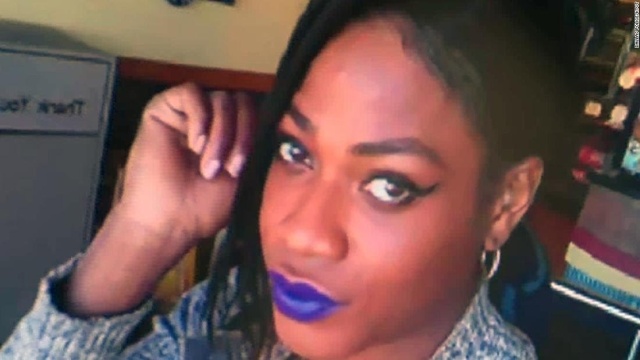 And some incidents of violence are never reported to law enforcement.

Advocacy organizations like the Human Rights Campaign and GLAAD, as well as activists like Monica Roberts, track deaths of transgender people using available data and information from the LGBTQ community.

But they caution that the real numbers are likely higher.

Some deaths are misreported

Another issue that contributes to underreporting is that some trans people are misgendered at the time of their death.

Often, trans people are misgendered when they die because their family refused to acknowledge their gender identity, McBride said. Other times, the person may not have been out to many people. And in some cases, their family may not understand how to use the correct pronouns. 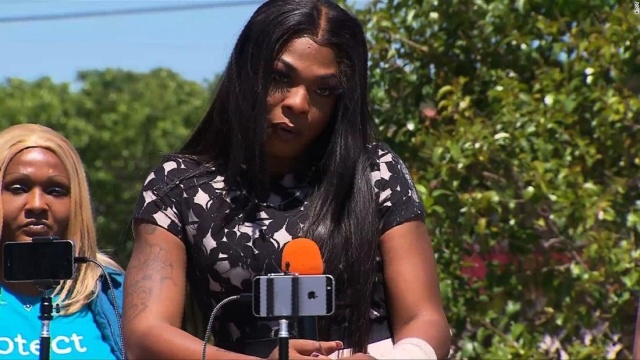 Incorrect information from authorities and relatives can lead to misgendering in media reports too.

She started looking for telltale signs in local news reports, like when someone would be described as a “man in women’s clothing.” She’d figure out when a person had been misgendered and then write about it on her blog. Now that she’s been doing it for a while, people in the community send her tips too. Her findings are often picked up by advocacy organizations and media outlets.

“Frankly, I got tired of black trans women being disrespected by the media,” Roberts, Media Chair of the Black Trans Advocacy Coalition, told CNN.

The Human Rights Campaign typically relies on a person’s social media accounts as the best indication of how they wanted to be referred to, McBride said.

“These transgender people have spent their lives trying to live authentically, trying to be seen in who they are,” McBride said. “To have their life cut short and then to have their identity removed from them is an indignity on top of the ultimate injustice.”

The majority of transgender people who are killed are black trans women.

So why are black trans women so disproportionately affected?

They’re black, they’re transgender, and they’re women. Each of those distinct identities means that they face discrimination, prejudice and inequities on multiple fronts.

“It’s really these intersecting forms of inequality that put trans women of color at the highest risk of homicide,” Kerith Conron, research director and distinguished scholar at the Williams Institute, told CNN.

“The reality is that when someone lives at the intersection of multiple marginalized identities, when they’re facing not just transphobia but misogyny and racism, the consequences can be deadly,” McBride said.

Some are killed by people close to them

Sometimes transgender people are killed by those closest to them.

Half of transgender and gender non-conforming people killed since 2013 have been killed by an acquaintance, friend, family member or intimate partner, according to the Human Rights Campaign.

Studies show that transgender people face higher levels of intimate partner violence than cisgender people. And those higher rates of violence at the hands of partners are also correlated with other risk factors, like homelessness or engaging in sex work.

“It happens because you have folks that have still not bought into the reality that trans people are human beings too. And we are not going away, we are not going back in the closet,” Roberts said. “We are part of the diverse mosaic of human life and the sooner that people accept that and move on, the better.”

Some victims aren’t given justice

In some cases, perpetrators of violence against transgender people are not properly prosecuted, advocates say.

Only eight states currently ban the so-called “panic defense,” a legal strategy used to justify violent crimes against someone based on their sexual orientation or gender identity.

Under the panic defense, a perpetrator can claim that a person’s gender identity or sexual orientation caused their violent reaction. While the LGBT Bar notes that the defense is not a “free-standing defense to criminal liability,” it can be used to bolster other defenses, potentially leading to a reduced charge or sentence.

While laws like the Matthew Shepard Act help deter hate crimes based on sexual orientation and gender identity, they only allow the federal government to prosecute in select circumstances, the Human Rights campaign says.

Most cases are still prosecuted at the state level, according to the Human Rights Campaign. And as of October 2019, only 20 states and Washington, D.C. have laws that address hate crimes based on sexual orientation and gender identity.

The roots of the problem are deeper

Beverly Tillery, Executive Director of the New York City Anti-Violence Project, tells people not to get too caught up in the numbers.

What’s important, she said, is that we know that violence is happening.

“It seems to be uncurbed, and we collectively across the country need to be coming together to say that this is unacceptable and we need to do something to stop the violence,” she said.

People are focusing on the wrong part of the problem, Tillery says. She wants to the conversation to go beyond those who have been killed and address how that violence can be prevented in the first place.

“We’re not paying attention to other kinds of violence [against transgender people] happening on a daily basis,” she said. “If we’re not taking steps to curb that kind of violence and discrimination, it’s kind of too late once people have passed away or have been killed.”

There’s a lot of work to be done

A number of issues facing transgender people must be addressed to reduce their risk of becoming victims of violence, activists and scholars say.

Many transgender people face rejection from their families and communities, often from a young age. Some trans people might be pushed into conversion therapy. Others may be kicked out of their homes.

Studies show that trans people who faced rejection from their families were about twice as likely to experience homelessness and engage in sex work.

For its part, the Human Rights Campaign says it is expanding its work on justice for the transgender community in a new initiative that will include employment opportunities, legislation and education campaigns.

It’s important to honor the transgender and gender non-conforming people who lost their lives to violence this year. But to truly achieve justice for them, advocates and activists say, policies and attitudes need to change.