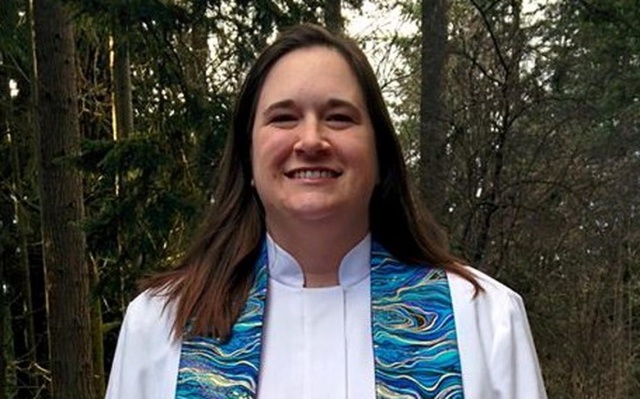 God’s creation continues to inspire awe and wonder in me. Our creator God has an incredible imagination and seemingly delights in creating abundant diversity. Scientists have estimated there are approximately 8.7 million different species of creatures on the earth! Butterflies alone are made up of 17,500 different species. Humans too are incredibly diverse. Even just looking at people’s eyes, there is so much beauty in the different ways the colors of the iris come together. No two fingerprints are alike; your DNA shares similarities with others but the exact make-up is wholly unique to you.

When we read the first chapter of Genesis, we can easily make the mistake of reducing God’s creation to binaries. Light and dark, water and land, sun and moon, humans and animals, male and female. And yet we know that this creation cannot be reduced to binaries.

Yes, God created the day and the night, but sunrises and sunsets are also part of God’s creation and they are full of beauty.

Yes, God created male and female, but God also delights in God’s children who are non-binary or transgender, calling them beloved.

Unfortunately, humans are sometimes threatened by what they don’t understand or that which is unfamiliar. Our transgender kindred are targeted with acts of discrimination and violence. Laws have been introduced which would make it more difficult for trans people to simply live their lives. Most disturbingly, transgender people are targeted and murdered every year.

In order to bring awareness to the deadly violence waged against trans people, some faith communities and other groups have vigils to mark the Transgender Day of Remembrance. Transgender Day of Remembrance (or TDOR) was started 20 years ago by advocate Gwendolyn Ann Smith in honor of Rita Hester, a transgender woman who was killed in 1998 as a result of anti-transgender violence. The vigil has become an annual tradition that takes place every year, in communities around the world, on Nov. 20.

First Congregational UCC will be having its 5th annual TDOR service 6 p.m. Wednesday, Nov. 20. We will pray, light candles, sing, and read the names of the beloved children of God whose lives were taken from them this year.

I hope you will consider showing your love for our transgender neighbors by praying for an end to the violence and discrimination. May we appreciate the beauty that diversity brings and see the imago dei, the image of God, in our trans kindred and treat them as a beloved part of the body of Christ.