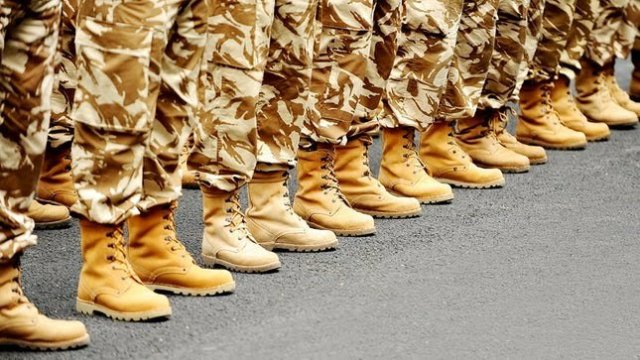 The House on Thursday approved an amendment to the annual defense policy bill aimed at reversing President Trump’s policy banning most transgender people from serving in the military.

The amendment to the National Defense Authorization Act (NDAA) would enshrine in law that any person who meets gender-neutral occupational standards can serve in the military regardless of race, color, national origin, religion or sex, including gender identity or sexual orientation.

“Over the last three years, 14,000 transgender service members have served openly and successfully,” said Rep. Jackie Speier (D-Calif.), the sponsor of the amendment. “All five service chiefs affirmed they do not hamper lethality or cohesion. Malice and ignorance cannot stop us giving medical care to those brave enough to serve. We know what transgender service members bring to the fight; let them bring it.”

The measure is one of several amendments Democrats have been touting to progressives as they seek to wrangle the votes to pass the NDAA without Republican support.

Progressives are concerned about the bill’s $733 billion price tag, but have indicated they could support the bill if certain amendments pass, particularly ones that would constrain Trump’s war powers. Votes on those amendments are expected later Thursday and Friday.

Democratic leaders have expressed confidence they have the votes to pass the NDAA, but members of the Progressive Caucus have said they remain undecided on the legislation pending the outcome of amendment votes.

Several LGBT and military groups and former officials have urged passage of the overall bill because of the Speier amendment.

“Passing a defense bill from the House that includes the values of inclusiveness and diversity is the best way to stand with those impacted by the administration’s policies,” the groups and officials wrote in a letter to lawmakers this week. “Failure to pass the NDAA will hamper the credibility of these arguments in future national security conversations and make it impossible to include pro-diversity language in the final, conferenced NDAA.”

Democrats have dubbed the measure the “Truman Amendment,” in honor of President Truman’s 1948 executive order racially integrating the military.

The Trump administration’s policy, which took effect in April, bans most transgender people from serving in the military unless they serve as their biological sex or were grandfathered in under the 2016 open-service policy.

The Trump administration and its allies deny the policy is a ban because of the carve-outs.

“Being from Missouri, I think Harry Truman would be shocked that this would try to be named after him,” Rep. Vicky Hartzler (R-Mo.) said. “I would remind my colleagues that the [Department of Defense] DOD policy is based on medical conditions, not an individual’s fluid and preferred gender identity. It’s based on deployability and readiness, not discrimination.”

Opponents of the policy argue it effectively is a ban akin to the defunct “don’t ask, don’t tell” policy that banned gay, lesbian and bisexual troops from serving openly.