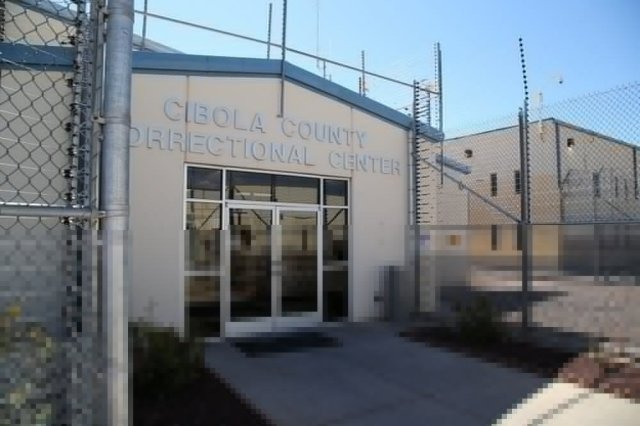 Twenty-nine transgender women and non-binary migrants held at a U.S. Immigration and Customs Enforcement detention facility are calling for an investigation into poor medical services and mistreatment at the Cibola County Correctional Center in New Mexico.

In a handwritten letter signed by 29 detainees, the group said there’s inadequate medical attention and allege that detention guards abuse them verbally and psychologically on a daily basis.

“Our feelings, our worries, our indignation, the violation of our rights, our vulnerability before ICE and the officials that work here: it is for all these reasons we are expressing ourselves through this letter not just as trans women but also as human beings,” the letter states in Spanish. “We are dismayed by the worrying circumstances that we are living in.”

Cibola is ICE’s only detention facility with a designated unit for transgender women. The unit has a 60-bed capacity and common areas with televisions and microwaves, a library with computers, and an outdoor recreation space. The immigration agency is considering opening a second unit for transgender detainees, according to the Associated Press.

Not all transgender people detained by ICE are held at Cibola. As of July 1, there were 145 self-identified transgender detainees in ICE custody held in 32 facilities throughout the country, according to the agency.

Trans Queer Pueblo, a Phoenix-based group that advocates for LGBTQ+ migrant communities, shared a copy of the letter in a press release.The letter is dated June 26, 2019.

Most of the migrants who signed the letter are asylum-seekers from Central America who recently arrived to the U.S. to seek protections, said Jonathan Beebe Giudice of Trans Queer Pueblo.

“There is no adequate medical attention to treat people with disabilities, HIV-positive people, those with skin infections (some of which were acquired here), and several of our peers lack medications. We fear retaliations, but more so we are afraid of being in this situation,” the letter read.

In a statement, ICE spokeswoman Leticia Zamarripa said it takes the allegations seriously, but the agency can’t comment on alleged cases of abuse that aren’t documented specifically.

“ICE takes seriously all allegations and investigates them thoroughly,” Zamarripa said. “However, ICE cannot research or provide individual comment on any allegations, including alleged medical mistreatment without the specific details. ICE encourages such specific reporting so that all allegations can be thoroughly researched and corrected, if necessary, or debunked.”

The recent letter from inside the Cibola detention center is the latest in mounting rounds of criticism from various groups against the facility, including the outrage that followed the death of Rosxana Hernandez, a transgender woman from Honduras who was held at Cibola.

The Cibola County Correctional Center is owned and operated by CoreCivic, a private prison operator. The facility holds up to 500 ICE detainees.

Before opening as an ICE detention facility in December 2016, CoreCivic operated Cibola as a federal prison. The Federal Bureau of Prisons prematurely ended its Cibola contract with CoreCivic in August 2016 after The Nationdocumented poor medical care there, including at least three questionable deaths.

Regional and national community groups have continued denouncing ICE operations at Cibola since.

A 2017 report from the National Immigrant Justice Center called ICE’s Cibola facility a “black hole of due process rights.” The facility’s remote location in the New Mexico desert means there’s an “absence of meaningful access” to lawyers, the group said. The organization called for the closure of Cibola.

Then on May 25 2018, Hernandez, a transgender woman, died while she was detained at Cibola. The circumstances around her death caused outrage and controversy.

A few weeks before her death, Hernandez arrived in the U.S. as part of a migrant caravan that took off from Honduras and made national headlines. Hernandez was fleeing persecution she faced as a transgender woman and was seeking asylum in the U.S., according to a complaint in federal court for ICE records filed by the Transgender Law Center. Advocates claim her death was preventable. An autopsy showed she died from a disorder that developed quickly due to AIDS.

In April, seven organizations in Texas, New Mexico and California wrote to the U.S. Department of Homeland Securities’ Office for Civil Rights and Civil Liberties to investigate the civil rights and civil liberties violations, and to recommend and implement changes at Cibola. The groups outlined inadequate medical and mental health care, prolonged and inadequate use of solitary confinement, inappropiate meals, discrimination and verbal abuse, among other alleged violations.

“When the government detains a person, it has a legal obligation to ensure that the person is safe and receives medically necessary care,” the groups stated. “Over the past two years, ICE and Cibola have repeatedly failed to meet these basic legal obligations, raising serious questions about Cibola’s and ICE’s compliance with the Prison Rape Elimination Act, ICE Performance-Based National Detention Standards, the Service Contract Act and other federal and state wage laws, and the U.S. Constitution.”

The letter from the women detained at Cibola was penned several days after ICE gave a media tour of the unit for transgender detainees. Reporters were neither allowed to speak to the women detained there nor bring cameras and recording devices.

The next day ICE posted pictures on social media of smiling detainees reading, gardening, playing basketball and volleyball, and gathered around in a room.

In the letter, the women said the pictures show staged activities.

“In recent days, the employees of this unit staged activities that are solely an opposite image of reality,” they said. “They deceived us, coercing us to sign papers that weren’t explained to us and we didn’t know what their true purpose was.”

Karla Bautista, who works with Trans Queer Pueblo assisting ICE detainees, said she was moved by the more than two dozen trans women who are speaking up publicly. Bautista is also a transgender woman and an immigrant from Guatemala.

“We come fleeing our countries where there’s people who don’t support us, sometimes family, just for being trans women, and we are the target of so much discrimination,” she said. “How sad that you are seeking a better life, somewhere to feel safe where you can fulfill yourself as a person and as a woman, and to find these horrible situations. … How are all of the things that are happening in these places possible?”

The women in Cibola concluded the letter with a postscript.

“We are not criminals, we are human beings with rights like any individual,” they said.

In 2015, ICE issued standards of care for the transgender people in its custody, stating it “will provide a respectful, safe, and secure environment for all detainees, including those individuals who identify as transgender.” But community groups have repeately countered ICE’s record of appropriately caring for its transgender population.

In light of the letter, Trans Queer Pueblo is also calling for several changes including a “detainee-led investigation into abuses, liveable conditions at Cibola, an end to LGBTQ+ detention, and release of all LGBTQ+ migrants in detention.” Additionally, the group supports closing the Close Cibola Correctional Ffacility and complete dismantling of ICE.