Chao Xiaomi considers the question: “Why are you not happy that you were born a man?”

That’s because, she says, “in order to live like a man I should drink more, be stronger, have many girlfriends, play rugby – you know – do manly things.”

Chao, who describes herself as “gender fluid” and prefers to be referred to as a “her”, giggles as she covers her bright-red lipsticked mouth with a hand. We are seated in her vintage clothing shop, Equal, in the Beijing neighbourhood of Gulou, known for its many surviving traditional hutong alleyway homes. She arrives slightly late for the interview and apologises as she puts down her elegant black hat.

“The traffic was terrible. I live all the way outside the sixth ring road,” she says.

Chao chose to relocate to Gulou from a more central location when her rent became too high. “I want to keep doing what I’m doing and fight for society’s acceptance of transgender people without only having to think about making money,” she says.
Chao Xiaomi (Xiaomi means “little grain of rice”) was born a boy almost 40 years ago in China’s northern Shanxi province. She realised at a very young age that she identified more as female but her family, feeling ashamed, forced her to play only with other boys, and signed her up for football and basketball classes. The young Chao did as she was told, playing with other boys despite feeling she had nothing in common with them.
Forced by her parents to study IT at university, something she had no interest in, Chao moved to Shanghai in 2006 and began her career there at an electronic components company. Three years later, she moved to Beijing.

“I was 25 by then and I decided it was time to be myself. The move to Beijing also allowed me to finally find the courage to wear women’s clothes,” she says.

Though same-sex sexual activity has been legal in China since 1997 and homosexuality ceased to be classified as a mental illness in 2001, discrimination against members of the LGBT community is still a serious issue. For example, Article 12 of the Chinese Labour Law prohibits discrimination in employment based only on ethnicity, gender (male-female binary in this context) and religion. Discrimination on the grounds of sexual orientation or gender identity, on the other hand, is not prohibited by law.

There may be hope for members of the LGBT community, however. In March this year, China agreed to five of the UN Human Rights Council’s recommendations on LGBT rights. Among them was the adoption of legislation banning discrimination within one year.

Despite such a step, Ying Xin, executive director of the Beijing LGBT Centre, is sceptical.

“The lack of support from families, schools and workplaces is still a huge issue, and as a consequence, transgender people often struggle with mental health problems,” she says.

The centre does not have statistics pointing to the number of transgender people in China, nor are there any official estimates. But a 2014 report by Asia Catalyst, an NGO that promotes the rights of marginalised communities, estimates the country’s transgender population to be in the region of 4 million people – about 1 in every 350 people.

“I tried therapy for a while, but the therapist could not understand me,” she says. “It was a complete waste of money.”

Whenever Chao is bullied or shamed – including once when she was called in for questioning by guards at a shopping centre for having used the female toilet – she feels sorry for the people doing it to her.

“They don’t know any better. And the way I see it, the biggest problem in this country is lack of education on LGBT matters.” 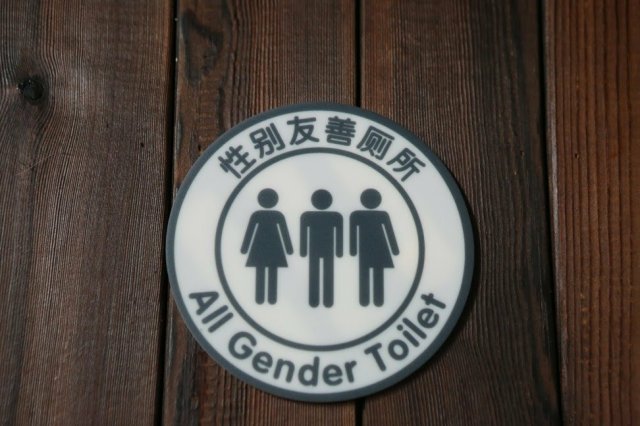 Her dream is to form an association with the goals of educating the general public about transgenderism and supporting transgender people among China’s many ethnic minority communities.

“Big cities are, to a certain extent, more open-minded when it comes to transgender people, so with my association I want to reach the smallest and most traditional communities of China,” she says.

In the meantime, she continues to be active as a speaker and influencer, and is currently organising a large concert that will take place in the southwestern city of Chengdu in support of the transgender community.

Chao’s relationship with her family is still somewhat tense. Every annual visit back to Shanxi for Lunar New Year is a reminder that many relatives have turned their backs on her.

But despite having to suppress her inner feelings when she returns – and wear jeans and a hoodie – Chao has not given up on her family. In fact she has a plan: her parents are due to visit her in Beijing soon and she will initiate a deep discussion in hopes that it will bring them closer to acceptance.

“Should it not work out, I will of course be very disappointed,” she says. “But I have realised that making the community happy is ultimately more important than making my family happy.”

Vietnam recognises transgender people, but there’s a flaw in its law

Dr Pan, a Beijing-based plastic surgeon who requests anonymity because of the sensitivity of his work, carries out roughly 100 gender reassignment operations a year. He is one of a handful of surgeons in China who are qualified to do the job.

The types of surgery range from genital removal and breast reconstruction to the removal of Adam’s apples and cosmetic facial surgery, he says.

Hailing from Guangdong province in southern China, Pan graduated from medical school at the age of 23. He later trained to be a plastic surgeon and discovered his calling when he realised how his skills could help people struggling with gender identity issues.

“We are up against a society influenced by conservative traditions and ignorance, and as professionals I believe we should help these patients,” Pan says.

To qualify for gender reassignment surgery in China, a number of criteria must be met. The person seeking to undergo the procedure must first acquire a formal diagnosis from a psychologist, which should state that the person “suffers” from transsexualism, for example. The individual must also have a clean criminal record, have received parental consent, regardless of age, and provide a personal motivation letter.

“Facing their families is generally my patients’ biggest challenge,” says Pan, so obtaining their letter of consent is difficult.

He reads a motivational statement from one of his patients stored on his phone.

“I understand that the surgery cannot be reversed, but after undergoing hormone treatment I know that surgery might be my last chance in order to be happy. I also understand the risk of complications but wish to go ahead with the surgery regardless,” it reads.

In addition to the criteria that must be met, it is also recommended that those wanting the procedure first undergo hormone replacement treatment, and they must be over 20 years of age.

Pan says it is also important to him that his patients gain self-acceptance.

Pan and his team take guidance from the World Professional Association for Transgender Health’s standards of care, but following the guidelines is only possible to a certain extent.

The association itself acknowledges that “much of the recorded clinical experience and knowledge in this area of health care is derived from North American and Western European sources. From place to place, both across and within nations, there are differences in social attitudes towards transsexual, transgender and gender-nonconforming people.”

Pan would like to have more colleagues on board. “We are highly educated people, but even in the medical field, not everyone understands the need for the kind of work we do.”