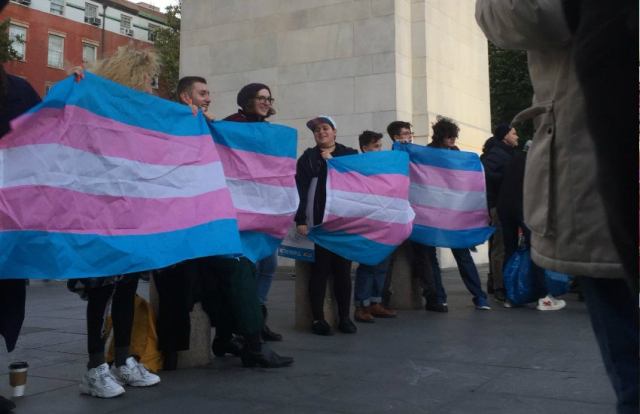 The World Health Organization (WHO) has made history and removed transgender from its list of ‘mental disorders’.

The WHO approved the major change to its global manual of diagnoses on 25 May 25. It comes after WHO introduced it as a change last year in the latest. International Classification of Diseases (ICD). The ICD is described as ‘the international standard for reporting diseases and health conditions’. The latest revision is known as ICD-11.

On 25 May WHO’s World Health Assembly voted to make the revision. That revision no longer recognizes gender non-conformity and transgender as ‘mental disorder’.

Human rights and trans advocacy groups celebrated the move after years of campaigning for change.

HRW pointed out that governments around the world had used the previous classification as the basis for discriminatory policies. Those policies require diagnosis and sometimes other medical procedures, such as sterilization, before transgender people are recognized before the law.

Dr Jack Drescher, a member of the ICD-11 working group, wrote: ‘there is substantial evidence that the stigma associated with the intersection of transgender status and mental disorders contributes to precarious legal status [and] human rights violations’.

The process for legal recognition of gender identity should be separate from any medical interventions, HRW argued.

‘Transgender people are fighting stigma and discrimination that can be traced in part to medical systems that have historically diagnosed expressions of gender non-conformity as a mental pathology,’ Reid said.

‘But it’s the stigma, discrimination, and bullying – and not anything inherent in gender nonconformity – that can inflict mental health problems in transgender people.’

But in the same assembly, the WHO also managed to enrage the intersex community.

More than 50 intersex organizations released a joint letter condemning the (WHO) for classifying traits as ‘disorders of sex development’.

‘We urge WHO to open an immediate, public and transparent dialog with intersex advocates and experts, to work with us to dismantle decades of torture and ill treatment in medical settings,’ said Mauro Cabral Grinspan, executive director of GATE.

‘Intersex people around the world have the right not only to be protected from pathologization, but also to have full access to reparative justice and to universal health coverage.’