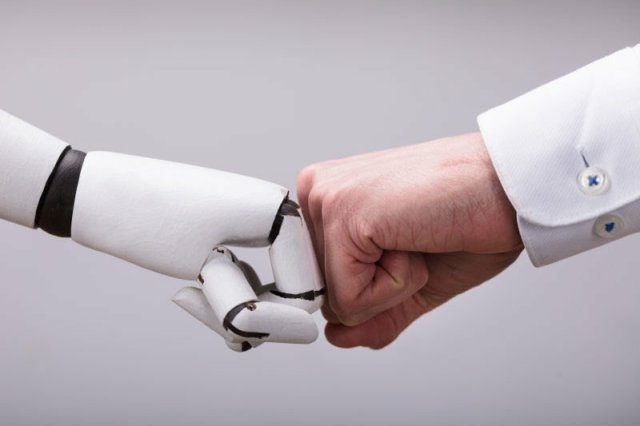 I had to read my own headline twice because the shit still makes no damn sense. But I guess we’ll try to make two plus two equal five together because apparently humanity is an endangered species.

Dr. Paul Nathanson is a gender relations professor and the author of books such as Spreading Misandry: The Teaching of Contempt for Men in Popular Culture and Jay is About to Quote Me Saying Some Ridiculous Ass Shit in This Article.

As you can accurately presume, Dr. Nathanson was a guest on an episode of The Laura Ingraham Podcast entitled “Transhumanism and the Assault on Traditional Gender and Masculinity” and proceeded to lose his fucking mind.

According to Newsweek, Ingraham and Nathanson took turns dissecting what they perceive to be an “attack on masculinity”.

During the episode, Ingraham and Nathanson discussed the “attack on masculinity” and some of the apparent hoaxes behind it. “The hoax that somehow sexes are all the same or capable of being bed into one continuum, that masculinity itself is toxic, terrible and poisonous, all of those things, and in fact has to be discouraged in many ways,” Ingraham said before introducing Nathanson.

Ingraham discussed the recently denied claims that Prince Harry and Meghan Markle hope to raise their child with a fluid approach to gender, as well singer Sam Smith saying he is non-binary.

Nathanson told Ingraham that trans and non-binary movements have sprung up because “feminists challenge the notion of gender” and this has evolved into the development of feminist ideology.

In response, Ingraham said: “Their goal ultimately is the destruction or elimination of the traditional family, though, is it not? That’s what we really want to get at here. That’s really what’s going on.

“If masculinity is bad and men are inherently going to be patriarchal unless somehow we can train them, and beat this out of them—to be protectors and to be courageous, all these things that we impugn upon men—well if you get rid of all that, then the traditional family itself collapses and that’s one last bastion of Western Biblically-centered morality that enveloping our, and has helped us prosper, frankly, for millennia and advance in millennia,” Ingraham said, as transcribed by Media Matters.

But shit really got rich when Nathanson accused transgender people of using social engineering to create an entirely new species.

“I think that the trans people have taken it one step further because by abandoning gender altogether, not simply rewriting it, they’re basically trying to use social engineering to create a new species,” Nathanson said. “Which is what, in fact, the transhumanists have been doing for the past half century. Using medical and other technologies to develop a new species.”

“So the goal is really quite radical,” he added. “We’re not talking about people who want to simply do a bit of reform here and there, add a new category. They want, they must, in fact, destroy whatever is in order to replace it with what they think should be. We’re talking about revolution, not reform.”

And if you thought Ingraham, a Fox News host, could be relied upon to call him out on this ludicrous shit, think again.

“And the new species will be looking like what?” she inquired. “Will be part human, part animal? I mean, will be human mostly…”

“I think human and part machine,” he responded, hiding his bootleg copy of I, Robot from view.

You can’t make this shit up.

My only request is that when the trans community inevitably creates their invincible legion of transgender cyborgs, that they show no mercy on the conservatives who spoiled their imminent reign.

And as Dr. Nathanson and Laura Ingraham quite easily prove, transphobia knows no bounds—even the rules of science fiction aren’t safe.