A recent update to Minecraft, the multi-million selling crafting and adventure game, has removed multiple references to its anti-trans creator Markus “Notch” Persson.

Persson has been heavily criticized for repeatedly making racist, homophobic, and transphobic statements on his Twitter feed.

Polygon reports that the update, which deleted multiple references to Persson from the game’s splash screen, doesn’t state why his name was removed.

However, Microsoft, which bought Minecraftfrom Persson in a deal worth $2.5 billion in 2014, could be trying to distance the game from its creator due to its young fanbase and family-friendly image.

Persson, who also touts his support for conspiracy theories on Twitter, has made multiple transphobic statements on the social media site.

Earlier this month, in response to a meme that said “trans women are women,” Persson responded “No. They feel like they are, and it’s serious, and deserves love.”

He continued: “My sister thought she was fat and got dangerously thin. At no point was she. At no point did I hate her.” 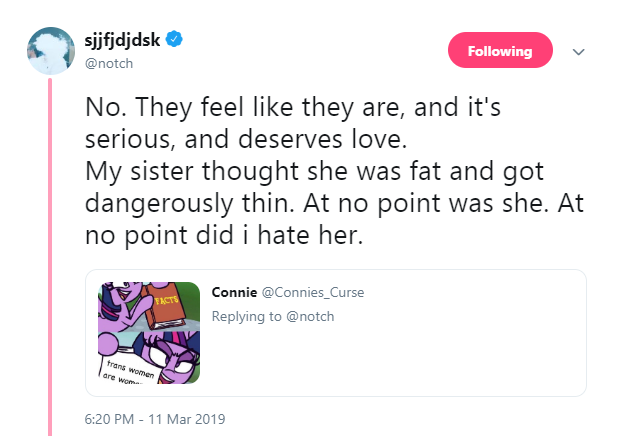 In another tweet, Persson said that people who support transgender women are “absolutely evil if you want to encourage delusion. What happened to not stigmatizing mental illness?”

He added: “There is no love in pretense. There is no you when you appease.” 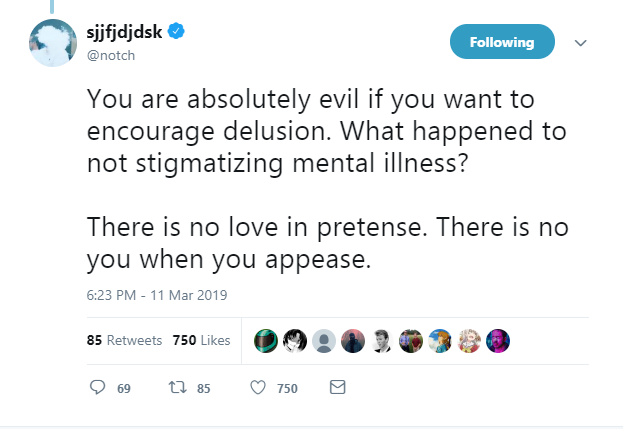 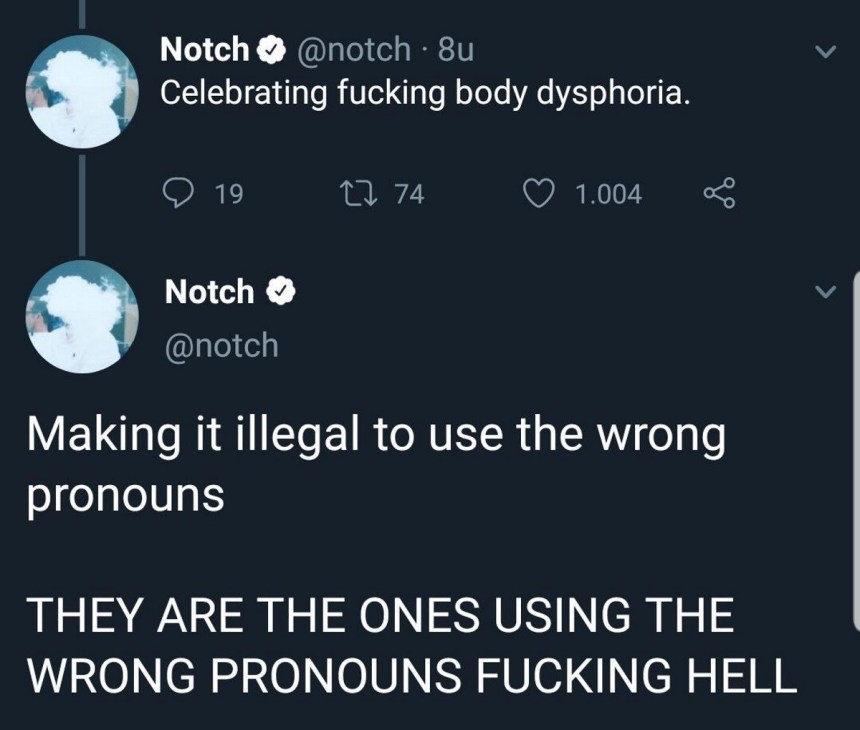 In 2017, Persson was heavily criticized for tweeting support for a “Heterosexual Pride Day.”

“If you’re against the concept of a #HeterosexualPrideDay, you’re a complete fucking c**t and deserve to be shot,” Persson wrote.

While Persson’s name has been removed from text that appears on Minecraft’s splash screen — including “Made by Notch!” and “The Work Of Notch!” — his name reportedly still appears in the game’s end credits as its creator.