Three years before the Stonewall Riots lit the flame of the LGBTQ+ Movement, the Compton’s Cafeteria Riot of 1966 poured the lighter fluid on the pavement. As recounted in author Susan Stryker’s 2005 documentary, Screaming Queens, the San Francisco uprising began after years of police profiling and harassment when a fed-up drag queen threw a hot cup of coffee in a police officer’s face.

“[Gene Compton’s Cafeteria] erupted. People started throwing everything they could get their hands on at the police,” she recalls in the film. “Before it was over, a police car was destroyed, the corner newsstand was set on fire, and years of pent-up resentment boiled out into the night. It was the first known instance of collective, militant, queer resistance to police harassment in United States history.”

While this groundbreaking moment was largely forgotten in the national conversation on LGBTQ+ history, it forever changed how the local queer and trans community saw themselves. And the Tenderloin neighborhood, which served as a backdrop to the event, became a haven for a more emboldened and self-assured community of queer and trans people. So when gentrification — which has loomed over the Golden City for years — threatened the residents’ unofficial ownership of the area, they knew it was time to tap into the energy their elders expelled decades prior.

In 2015, a developer named Group i shared proposed plans for a new residential and hotel project at 915 Market Street, on the eastern corner of the district. They deployed well-meaning rhetoric at community meetings, discussing the opportunity as a means “to revitalize the [area] with new housing, a hotel for intrepid travelers, neighborhood-serving retail, and a dedicated nonprofit space.”

Brian Basinger, executive director of Q Foundation, a nonprofit in the neighborhood that focuses on preventing homelessness for people living with HIV/AIDS, initially filed a negative declaration in opposition to the developer’s assessment that “there was no historical value to that neighborhood, that the neighborhood was just filled with substance users and poor people, and that there’s no actual historical value within the block,” recalls Aria Sa’id, LGBT policy advisor for San Francisco Human Rights Commission.

Basinger partnered with local political consultant Nathan Albee and St. James Infirmary, an occupational health and safety clinic for sex workers and their families. Sa’id, then the program director for St. James, and Stephany Ashley, the clinic’s executive director, toured the building that Group i planned to develop and began conversations about how to preserve an area that’s been so important to their community. “I think we started our effort internally [at St. James] and as a sort of newly bound unofficial coalition [in summer] 2016,” Sa’id says. “We were working with historians and lawyers, fighting the developer, and that is how it came to be.” 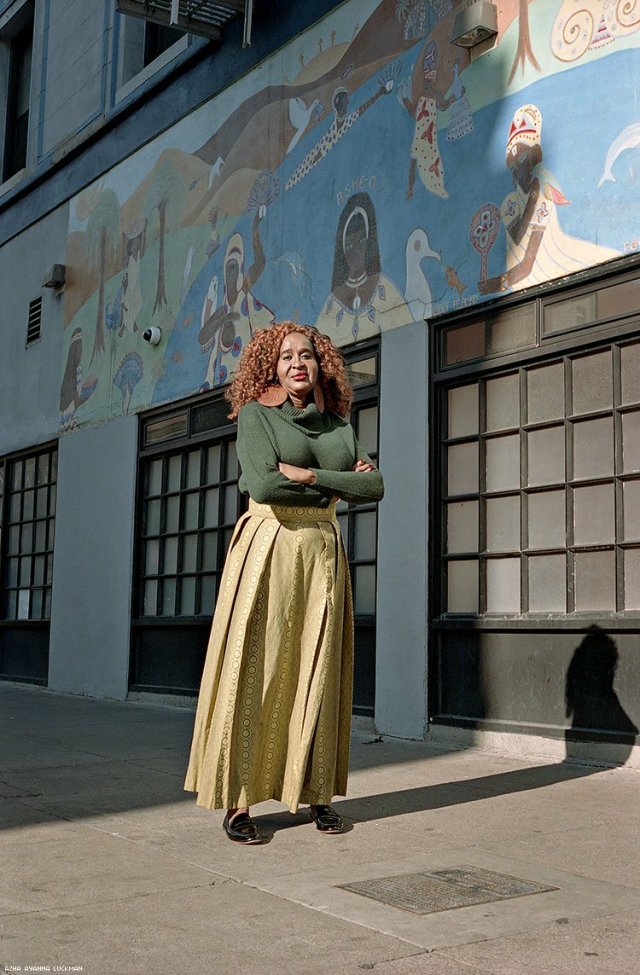 The effort to preserve the Tenderloin quickly bloomed, with a diverse collective taking charge: Basinger, a gay man working on behalf of people living with HIV/AIDS; Ashley, a queer woman leading a clinic centering sex workers; and Albee, a gay man with a history in local politics. And the crown jewels of the organizing tour de force were three powerful Black trans women: Sa’id; Janetta Johnson, the executive director of Transgender, Gender Variant, and Intersex Justice Project (TGIJP); and Honey Mahogany, a local social worker and a former contestant on season five of RuPaul’s Drag Race. “Q Foundation played an important role as a founder and helped seed the funding at the beginning of the project,” Mahogany clarifies. It “decided to take a step back to allow space for Black and brown trans people to lead the process once the district was established.”

The Tenderloin held a special place in the hearts of the Black trans women who were saving it. Johnson, 54, immediately recognized the importance of the area when she arrived in the city more than 20 years ago. “A lot of people who came to San Francisco came here broken and looking for a better quality of living,” she says. “The Tenderloin was a passage that a lot of trans people went through upon coming [here], wherever they were coming from.”

Mahogany, 35, grew up in the city, left, and settled back in the area to attend graduate studies at the University of California, Berkeley. She feels connected to Nikki Star, a prominent performer who left her mark in the neighborhood. “She actually was like my drag grandmother — the drag mother of my drag mother. I didn’t know her super well, but I feel like we had a connection,” she says. “She definitely had a lot of stories about the times when, growing up in San Francisco, it wasn’t cute to be Black or trans living here and working in drag bars and stuff like that. So she really was a trailblazer in many ways.”

Sa’id, the youngest of the bunch at 29, elevates the sobering reality that being a trans woman of color is still difficult in other areas of San Francisco, even ones that have been claimed by the larger LGBTQ+ community. “The Tenderloin is probably the only area of the city where trans women are socially accepted, and it’s the only place that we can actually afford to live,” she says. “The Castro has not historically been accepting of trans people, in particular, and it was always sort of designed for wealthy, gay white people, so the Tenderloin is the antithesis of it. I had $60 in my purse, took the Greyhound bus, and was dropped off at the Caltrain station. All of us end up in the Tenderloin.”

Heartfelt insights like these became powerful ammunition for the collective, because much of the history of trans presence had been undocumented beyond the Riot. In designating the Tenderloin as a cultural district, “we had to go the route of cultural heritage and preserving the history of the perceived culture of the neighborhood,” Sa’id says. Though the relatively recent emergence of “transgender” as an identity group was an early hurdle (as gender variance has been categorized differently throughout the decades), defenders of the project were able to center the group while broadening the scope of the area’s importance. With this tactic, TGILGB — a new initialism that stands for transgender, gender variant, intersex, lesbian, gay, and bisexual — emerged, placing the district’s most marginalized groups at the forefront.

These were the appeals that eventually won over former District 6 Supervisor Jane Kim, who initially needed education and convincing to support the work of the Tenderloin preservationists. She became a major ally in June 2017 by introducing legislation to create the district. Though the organizers were unable to end Group i’s plans for development, they were able to reach an agreement for the company to financially support the establishment of a community center and the world’s first cultural district honoring the historical importance of trans-led resistance.

“It was definitely a great victory,” Mahogany says. “We felt like it was really important to uplift the community [and] to provide some validity not just to our identity but also to our heritage, our history, and our contributions to the LGBT civil rights movement and San Francisco.” The community is still in the afterglow of their unprecedented win, but now, organizers are on a quest to assert its importance beyond titular value. Over the next year, they will prioritize the creation of an accessible community center, acquirement of affordable housing, and provision of funding for entrepreneurial opportunities to trans people in the area. 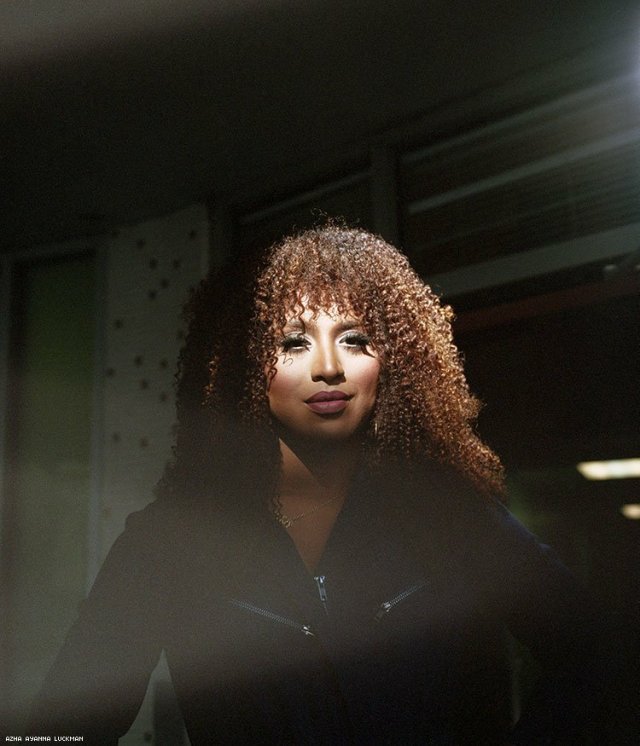 Johnson wants the Tenderloin to continue to serve as a refuge for the most marginalized folks in the community, specifically formerly incarcerated Black trans women. “I believe in creating a space without violence, discrimination, and over-policing; and making sure Black trans women have opportunities for ownership and cultural spaces [where] they feel safe,” she avows. “It’s most important for us to have a space to visit and visualize what our future could be like.”

With their first major goal accomplished, the Tenderloin Three are taking on their new roles as visionaries, as well as architects. Sa’id, who recently founded Kween Culture Initiative to further cultural equity work in the area, has a few ideas on what to expect for the district’s new era. “I literally had a dream where you walk down the street and you see all different types of trans people in a six-block radius,” she says. “You see them shopping at a trans-owned farmer’s market or a trans-owned bookstore or a trans-owned salon with trans stylists. And [there are] statues of trans people, and they’re living there with housing, income, and feeling empowered.”