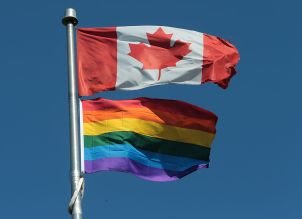 The rainbow flag, symbol of the lesbian, gay, bisexual and transgender communities, will fly in front of all public elementary schools for at least one week during Pride Month in June.

“When you’re in elementary school, and you’re just coming into adolescence, it’s a very vulnerable time,” said Greater Essex County District School Board vice-chairman Julia Burgess, who introduced the motion. “You may not have a lot of peers like you. The Pride flag tells them we have their back.”

“Who wouldn’t be proud to fly that flag?” said chairperson Jessica Sartori, struggling with emotion.

This is a commitment to run it up a flagpole

She flies it at her home, she said.

The board has flown the flag at its office and its high schools since 2016. 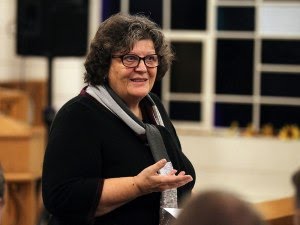 Trustees voted 9-1 Tuesday to expand the practice to elementary schools.

Trustee Linda Qin was the only trustee to oppose the recommendation, warning the board it could “mislead” children about gender.

“The kids are so young,” she said. “The flag may make them confused. I wonder if we’re misleading them about the idea of gender. We want to be careful.”

“The board should also “be careful to protect all other parents’ feelings,” she said.

She said she heard a student complain about being bullied by “aggressive” LGBT supporters.

Schools are to provide “general knowledge,” Qin said. They should be “ideologically neutral,” and controversial subjects shouldn’t be allowed.

Sartori cut Qin off, saying she had used up her time.

Trustee Gale Simko-Hatfield said she supports the flag but said requiring schools to fly it is “heavy-handed.”

“It’s what the community is comfortable with,” she said. “I don’t think we’ve reached out to elementary schools to see what they think.”

If a school doesn’t want to fly the flag “for whatever reason,” what are the repercussions? she asked.

She suggested instead “encouraging” schools to fly it and making it mandatory “down the road.”

But Burgess said kids in high school have told her they wish the flag had been flown at their elementary schools.

“This is a commitment to run it up a flagpole,” she said. “It’s a statement that we are going to recognize we’re a diverse, safe, welcoming board.”

Some trustees said flying the flag would make little difference. But student Trustee Iman Berry told the adults, “What I heard from students is this small gesture would make a world of difference.”

“We also need to have a lot of education,” she said, suggesting that students be taught what the flag means.

Melissa Piva’s youngest child, whom she describes as “gender creative,” was five when she told her mother she’s a girl. They were shopping. Her daughter said she needed dresses so everyone would know she’s a girl.

When she was in Grade 1, Piva said in a moving presentation, school staff liked to debate which bathroom her daughter should use. The next year, her teacher kept referring to her as “he” and “him.” Other kids said, “She’s just a boy who likes to pretend she’s a girl.”

The year after that, the same teacher blamed her for boys and girls being made to compete together in a race.

Piva home-schooled her children for a year after that.

Now, only a few people in the school know about her daughter’s “creative” gender, she said. She was advised not to tell others because not everyone would be welcoming.

If all the board can do for children is fly flags that it gets for free, then it should at least do that, she said, “but the bottom line is there’s so much more that needs to be done.”