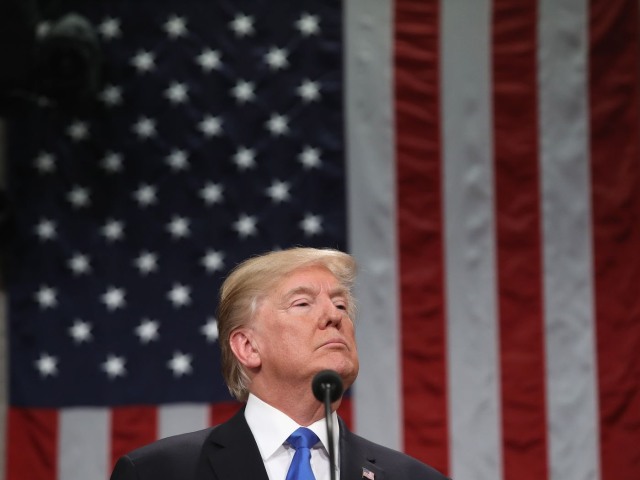 Congressional Democrats are protesting President Donald Trump’s ban on transgender troops by inviting trans people with military experience to the State of the Union on Tuesday.

Gillibrand, who’s running for president, tied her invitation to new legislation she plans to introduce to protect trans troops.

“Any transgender American who meets the standards should be able to sign up to join our Armed Forces, and that’s why I’m going to introduce new legislation this week to protect current and future transgender service members,” Gillibrand said in a statement. “I am proud to lead this fight and I urge all of my Senate colleagues to join me in supporting this legislation.”

The invitations and call to action come as Trump continues trying to ban transgender people from serving openly in the military. The ban recently won a major victory at the Supreme Court, which struck down some of the injunctions against the ban as legal challenges against the policy proceed in court. But the courts could still ultimately rule against the ban, which would lead to its demise.

In 2017, Trump said that he would reinstate a ban on openly trans people serving in the military — moving to undo previous work by President Barack Obama’s administration to overturn the old ban. But Trump’s ban was held up by courts, forcing the military to allow openly trans recruits to join starting in 2018.

Trump argued in a series of tweets in July 2017, “Our military must be focused on decisive and overwhelming … victory and cannot be burdened with the tremendous medical costs and disruption that transgender in the military would entail.”

In August 2017, the White House put out the actual policy behind those tweets. According to the administration, it would effectively return to the pre-2016 era in which trans troops could not serve openly. It would also ban the military from paying for gender-affirming surgeries, with some exceptions to “protect the health” of someone who had already begun transitioning.

The guidance also allowed the secretary of defense, after consulting with the secretary of homeland security, some wiggle room to decide what to do with already serving trans service members — and it let them advise the president on reversing the ban.

The policy was to take effect in March 2018, reversing the Obama administration’s decision to undo the military’s longstanding ban on openly serving trans troops.

But federal courts halted the ban from going through, finding in part that trans service members who challenged the policy were likely to prevail. As a result, openly serving trans service members were able to join the military starting on January 1, 2018, and the military has already paid for some for trans-inclusive medical services, including gender-affirming surgeries.

Then in March 2018, the Trump administration unveiled version 2.0 of the ban. Following a Pentagon review, the White House rescinded the previous ban and approved a new memo that declares that “transgender persons with a history or diagnosis of gender dysphoria — individuals who the policies state may require substantial medical treatment, including medications and surgery — are disqualified from military service except under certain limited circumstances.” The prohibition includes people who have already transitioned.

The move is expected to ban most trans people from openly serving in the military, with exceptions for people who already began serving as trans prior to the memo and trans people who have been “stable for 36 consecutive months in their biological sex prior to accession.” But lower courts put the ban on hold — at least until the Supreme Court got involved.

The research, based on the experiences of other countries, shows that the costs associated with trans service members are actually very small. A 2016 review of the evidence by the RAND Corporation found that by allowing trans-inclusive medical care, “active-component health care costs would increase by between $2.4 million and $8.4 million annually, representing a 0.04 to 0.13 percent increase in active-component health care expenditures” — a tiny amount.

This small cost may not mean much in budget terms, but it could mean a lot to trans soldiers. As the American Medical Association and American Psychiatric Association point out, transitioning helps reduce gender dysphoria — a state of emotional distress caused by how someone’s body or the gender they were assigned at birth conflicts with their gender identity. Untreated gender dysphoria, which not all trans people experience in the same way, can lead to anxiety, depression, and even suicide, so treating it could mean fewer mental health issues for trans people serving in the military.