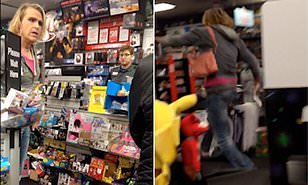 An argument broke out at the GameStop in Albuquerque, New Mexico, when the woman had just bought an item at the counter.

She demanded her money back after being called ‘sir’ by the male shop attendant, then raged at a fellow shopper who called her ‘sir’ again and asked her to stop swearing as there were children present.

After screaming and booting over a stand of toys as she stormed out, the woman then walked back towards to counter to continue the tirade. 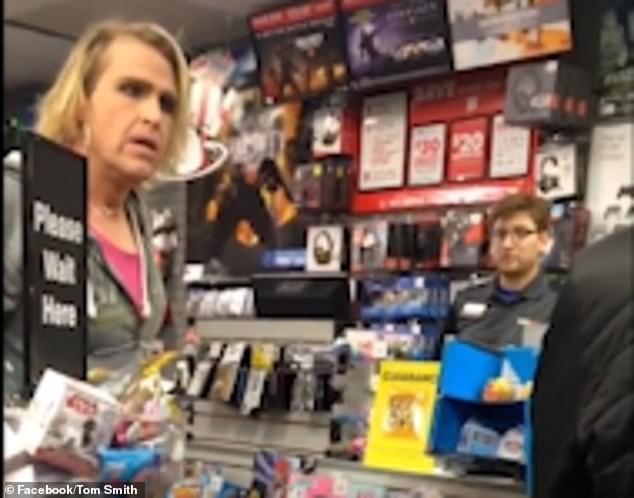 She complained of being repeatedly misgendered by the store clerk and demanded to have the company’s corporate number in order to make a complaint.

A video was posted on Facebook of the woman’s furious exchange as she aggressively pointed at the clerk as he repeatedly apologized.

The clip began with the woman already at boiling point, saying: ‘I don’t want credit, you’re going to give me my f***ing money back.’

At one point she even offered to fight the shop employee outside to ‘show him a sir’.

During the angry confrontation, a female customer stepped in and tried to defuse the situation by offering to call the police, but also called the woman ‘sir’, which further enraged her.

She said: ‘Excuse me sir there is a young man in here you need to watch your mouth.

‘I can call the police if you would like me to, you need to settle down.’ 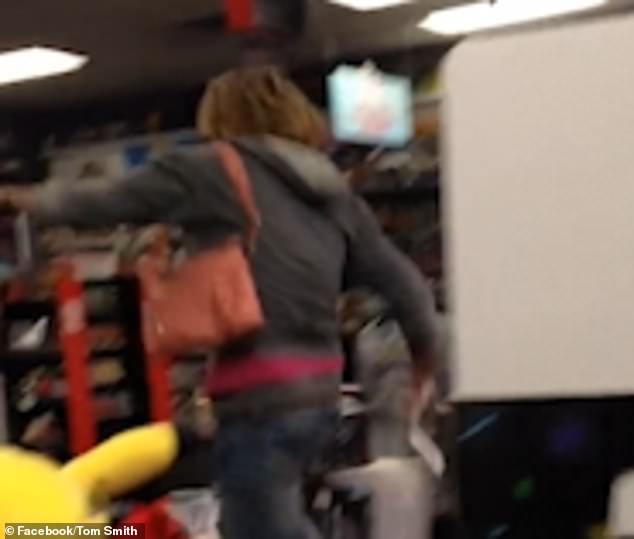 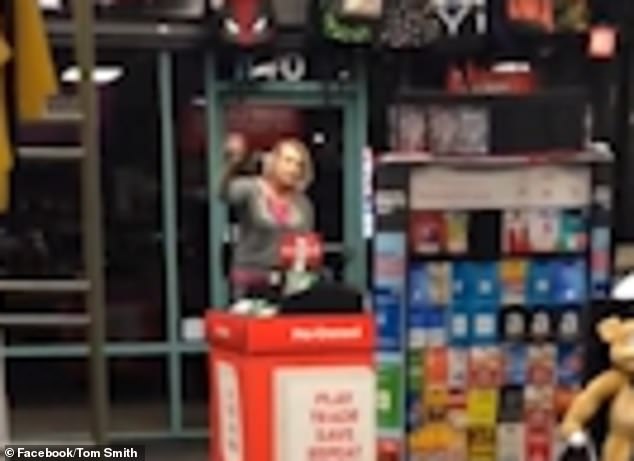 The angry woman replied: ‘Excuse me it is ma’am, it is ma’am. You need to settle down and mind your own business.’

When the clerk tried to intervene and clam the pair down, the woman thought he called her ‘sir’ again and screamed: ‘Motherf*****, take it outside if you want to call me sir again. I will show you a f***ing sir.’

The blonde woman, who was wearing a grey hoody and blue jeans, then marched out.