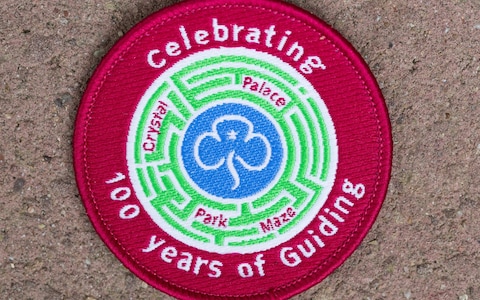 Girlguiding has rejected criticism that its policy of including transgender members and leaders puts girls at risk.

The organisation said that “simply being transgender does not make someone more of a safeguarding risk than any other person” after its inclusion of people who self-identify as female came under attack.

In a joint statement, chief guide Amanda Medler and chief executive Ruth Marvel said much of the criticism had been “inaccurate, aggressive and counter to the values we hold dear” and they wanted to “set the record straight”.

Earlier this month, two leaders had their membership withdrawn after they publicly objected to elements of Girlguiding’s equality and diversity policy.

“In the last few days you may have seen that Girlguiding’s equality and diversity policy has been criticised in the media, with accusations that our inclusion of trans members puts girls at risk. It does not,” they said.

The chiefs said they had tried to resist being drawn into the “highly politicised, emotive and often aggressive” debate around transgender inclusion and they stressed that Guildguiding is not a “transgender campaign group”.

They added: “We are a young people’s organisation. Our focus has been, and will remain, providing our young members with opportunities to learn, grow and discover in a fun, safe, inclusive and legally compliant way.”

In April, 224 current and former unit leaders, volunteers and parents signed an open letter saying the policy “compels units to accept boys who self-identify as girls for camping trips and other activities”.

“A boy who identifies as a girl is still legally and physically male,” they said. “Trans inclusion, while laudable, must not sacrifice the safety, privacy or inclusion of girls.”

Among the 12 leaders to sign the letter was Helen Watts, who led a Rainbows unit for girls aged five to seven in Ealing, west London.

Along with another leader, she was expelled by the organisation after reportedly making further comments on social media.

Ms Medler and Ms Marvel said: “Following a number of complaints about two individuals, an independent investigation concluded that both had breached our volunteer code of conduct and our social media policy because they did not and indicated that they were not willing to follow Girlguiding’s equality and diversity policy and actively encouraged others to do the same.”

Girlguiding said it had developed its policies in line with legal advice and organisations with experience of supporting transgender children and young people.

It denied it had drawn up policies based on comments from “individuals or pressure groups”.

Girlguiding said the law around transgender issues was “new and complex” and that it will continue to review its policies against the latest advice and guidance.