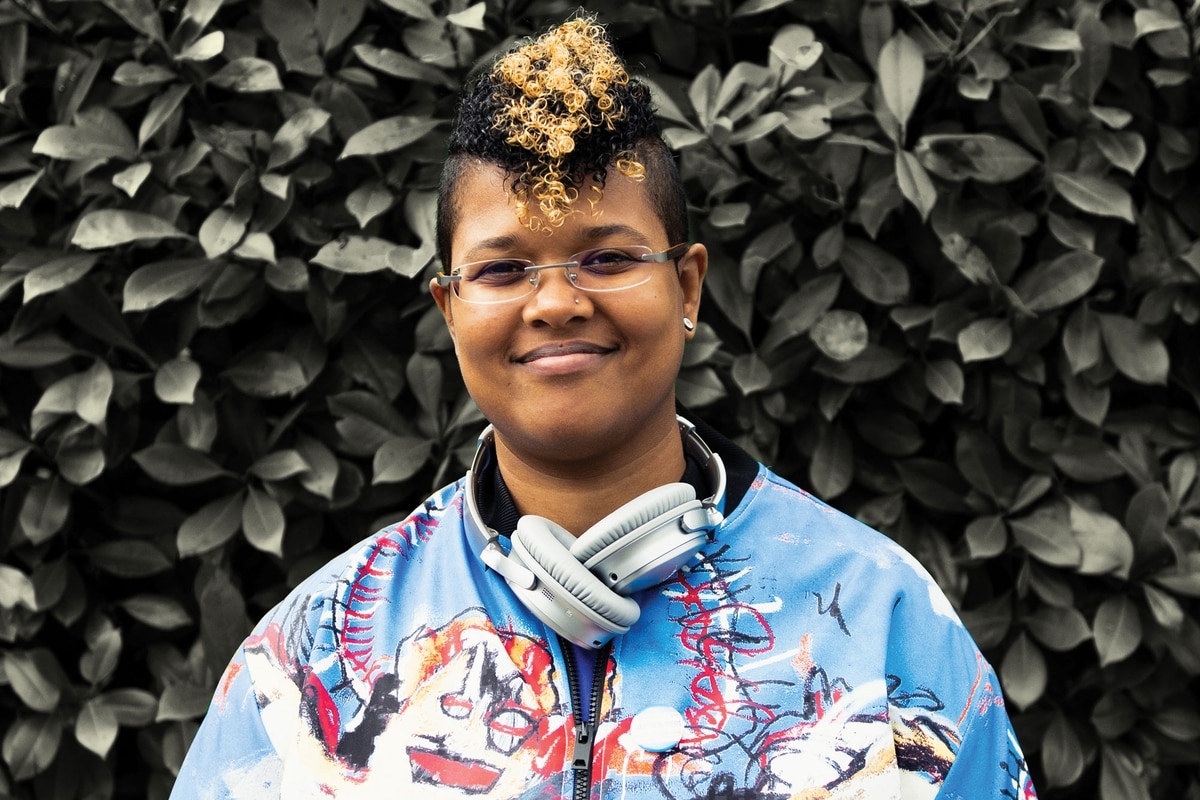 Few American companies have touted their commitment to civil rights and inclusion more proudly than Nike.

Its current ad campaign featuring quarterback Colin Kaepernick, ostracized from the NFL for kneeling during the national anthem to protest police brutality, is merely the latest example.

But to Jazz Lyles, a transgender software engineer who worked at the company’s Beaverton headquarters until earlier this month, Nike’s reputation is a cruel joke.

Over the past six months, Nike has been rocked by complaints and lawsuits from female employees who say a white male-dominated culture created a hostile workplace and widespread inequity.

CEO Mark Parker responded by firing a half-dozen senior executives and pledging in a May email to all employees that he was “personally committed to making Nike a place where everyone can thrive in an environment of respect, empathy and equal opportunity.”

But this week, Lyles filed a workplace discrimination complaint with the Oregon Bureau of Labor and Industries against Nike and its IT contractor, Mainz Brady Group. The complaint, if true, paints a damning picture of a toxic workplace—and of discriminatory behavior toward a transgender person that continued even as Parker pledged reforms.

In early 2017, Mainz Brady recruited Lyles to work at Nike Digital’s engineering group. Lyles is black and transmasculine/nonbinary (meaning Lyles was assigned the female gender at birth but identifies with masculinity and as a nonbinary person.) Lyles lived in the San Francisco Bay Area but was familiar with the culture Nike claimed to promote.

“They talked a great game on LGBTQ issues,” Lyles says, “but when you ask them to actually stand up for these issues, it gets communicated to you that you are the problem.”

Lyles, 36, grew up in Houston and studied art and art history at the University of Nevada, Las Vegas. A photographer and tinkerer, they worked in database management for a while and then learned software skills. A stint in the video game industry led to a 2017 offer to come to Beaverton.

Before accepting the offer to work at Nike, Lyles told the recruiter from Mainz Brady that they were transgender and stressed the importance of being identified by the pronouns “they,” “them” and “their.”

Mikki Gillette, who conducts workplace training for Basic Rights Oregon and identifies as transgender, says some people may find such a request puzzling, but the correct pronouns are far more than just words.

“It reinforces a stigma and an injustice for people to look at someone and say, ‘I know who you are and I’m going to refer to you that way,'” Gillette says.

Gillette adds it’s understandable that people might get confused about pronouns when they first come into contact with people who identify as transgender.

Erin Kirkwood, a Portland lawyer who trains other lawyers on transgender issues, says language around identity changes regularly. “In the ’70s, when people started using the term ‘Ms.,’ a lot of people struggled with it,” Kirkwood says. “Today, it’s completely normal and ‘Mrs.’ is more unusual.”

When Kirkwood represents trans clients, she lets the judge’s clerk and opposing counsel know the pronouns the client wants to be called. “If a white male were in court and a judge referred to them as ‘she,’ at a minimum the man would feel uncomfortable,” Kirkwood says.

Lyles started at Nike’s campus on May 1, 2017, working on IT teams that combined independent contractors with Nike employees and supervisors. Lyles was  paid $62.50 an hour.

Lyles says from the beginning, colleagues insisted on referring to them as “she” and “her” and greeting them by saying such things as “Hey, girl, what’s up?”

Lyles’ colleagues and Nike supervisors ignored their requests to be referred to with correct pronouns. Lyles sent one colleague an article titled “What You’re Actually Saying When You Ignore Someone’s Gender Pronouns.” The colleague’s response: He stopped talking to Lyles.

A female colleague, according to Lyles’ complaint, refused to use the correct pronouns “because it would compromise [the co-worker’s] religious beliefs.”

Lyles enjoyed the technical challenges of working at Nike but increasingly came to dread interactions with colleagues. Every day brought a new slight.

“Nike’s response and solution was not to take corrective action,” Lyles writes in the BOLI complaint. “But instead [the response] was to treat me like I was the problem.”

Near the end of last year, Nike transferred Lyles to a different team. Nothing changed.

“From the moment I introduced myself to the new team on Dec. 13, 2017, I received pushback regarding the use of my proper gender pronouns,” Lyles’ complaint says.

Instead, the situation got worse. In January 2018, the BOLI complaint says, one female colleague said, “I’m really not sure what to call you. I know I’m not supposed to call you ‘shemale.'”

Nike provided employee training on gender issues Jan. 25, 2018, but only for a few people who worked directly with Lyles, not the entire department.

“It again singled me out, made me a problem, and exacerbated the issues with my team,” Lyles writes in the BOLI complaint. “It would be like holding a training on racial sensitivity with the only team with a black person on it.”

Lyles’ contract was extended twice, but the stress of continually being misgendered affected Lyles’ health, they claim.

“I felt invisible and unheard and silenced,” Lyles says. “Language has the ability to erase a person completely.”

Lyles’ boss was overruled. Nike said it was entering a “hiring freeze.” Lyles did not believe that, because other contractors were shifting over to full-time Nike employment.