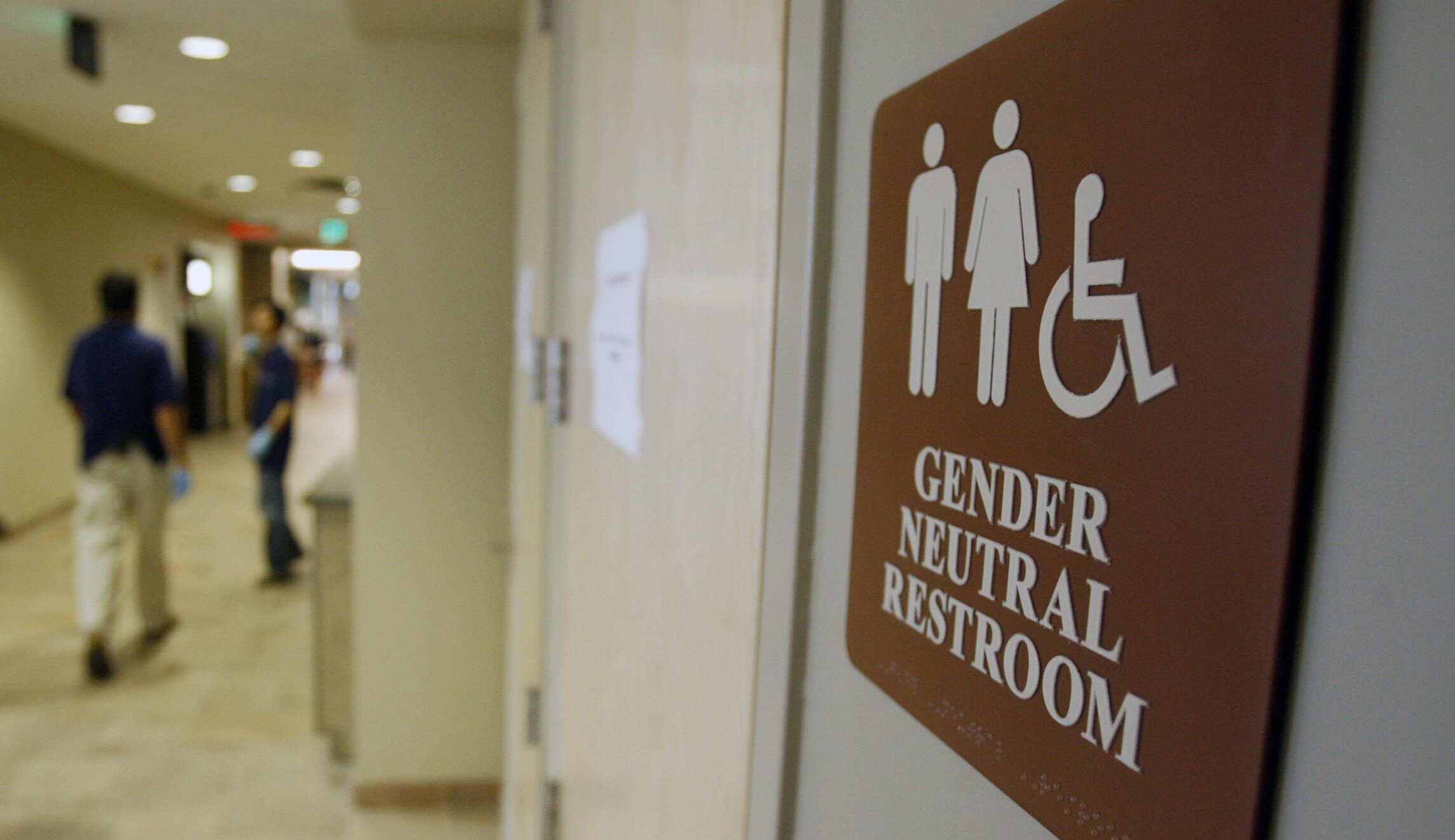 A 12 year-old in Texas, born male, decided to transition and live as “Maddie.” Unsurprisingly, this led to bullying at school. What made this story unique was that parents of children at Maddie’s school were bullying the student as much as the peers — online and in person. The bullying got so bad that Maddie’s family may move.

Of course, bullying anyone is worthy of condemnation. Both the transgender bathroom issue and the bullying that often results in some parts of the country reveal a new and very specific problem: Kids are taking their transgender issues to school because that’s where they spend the majority of their time, which creates anxiety and fear in some parents and children. Yet school is not the appropriate place to resolve these issues. School should be a place for fun and learning. Schools have become a lab, mixing social and political experiments together, at great cost to taxpayers, families, and society.

Even though the number of children who identify as transgender is still quite small, transgender issues continue to proliferate in schools, creating unnecessary distractions. (Some studies say about 0.7 percent of 13- to 17-year-olds living in the United States are transgender; according to the Williams Institute, 0.6 percent of the entire population identifies as transgender.) Or rather, children continue to come to school, announce they are transgender, and then schools feel compelled to accommodate this special desire, often to the point that it is a distraction.

For example, several schools are being forced to either correct or create new policies about transgender students, after previous ones (or none at all) prompted protests. Officials had to adopt a new transgender policy at Great Hearts Academies in Arizona after a board member for the national advocacy group GLSEN said “the former policy was written in a way that explicitly harmed students whose gender identity didn’t align with the gender assigned to them at birth.”

Other schools have taken time and resources to focus on transgender policies. Minnesota’s Department of Education introduced an entire “transgender toolkit” to ensure that the handful of transgender students in Minnesota schools would feel safe and included. Schools should be spending resources choosing and honing curriculum and specifying emergency procedures. How about creating toolkits and holding conferences about the way children learn? In short, school is the wrong place to coddle a movement; it’s the place to develop a child’s mind.

Responses to transgender issues sparks fear or uncomfortable feelings for many students.

As the story about 12-year-old Maddie (and others like it) show, parents and children are starting to feel marginalized for being cisgender. Granted, some are responding poorly — like I said, bullying is never okay — but it highlights a very real phenomenon: Parents and children feel uncomfortable, even fearful, because being transgender defies biological reality. It’s a form of gaslighting, and it can elicit a strong response in some people. Also, the bathroom issue violates the privacy rights of others, accompanying the fear many parents feel.

The transgender issue is new and uncharted territory. Many people believe this issue defies biological reality. One study even said the increase of people calling themselves transgender is due to peer pressure. Because this is an undeveloped and unexamined issue — and because it goes against what seems biological, healthy, and natural — it creates anxiety and fear. It causes parents and students to feel even more protective.

Fighting the transgender battle places an unwarranted burden on schools.

Since the transgender battle has entered schools, it has placed a significant, unwarranted burden on them in terms of finances and resources at taxpayer expense. As schools have felt compelled to roll out new policies, new rules, modify bathrooms, and hold meetings, all of these activities cost money, time, staff, and other resources.

The ACLU has made suing schools for transgender bathroom transgressions its own cottage industry, forcing schools to spend money to defend themselves in court or to settle. A Wisconsin school district agreed to pay $800,000 to settle a lawsuit filed by a transgender student. A transgender student at Nease High School in Ponte Vedra Beach, Fla., sued the St. Johns County School Board over claims of discrimination and won. A Pennsylvania school district settled a lawsuit with three students who sued over their bathroom policies. Collectively, fighting these lawsuits, settling, and paying out, cost taxpayers thousands of dollars.

Schools need to focus on facts, not feelings.

Since schools have become the battleground of the transgender war, it has created casualties on both sides. Transgender students feel marginalized, cisgender students feel privacy rights are violated, biology is ignored. A school’s purpose is to educate children in a fun, compelling, safe environment. A school’s purpose is to prepare children for adulthood by sending them into the world armed with facts, information, and a love for learning and knowledge. As the transgender “crisis” has entered schools, it has forced them to acknowledge issues that belong well outside their wheelhouse and to engage in a debate over something that defies reality.

Ideally, schools should focus on facts, not feelings, and gender dysphoria itself is largely a feeling — a feeling that the body and the mind do not match up. Gender dysphoria as a feeling often passes as children mature and with appropriate therapy. Stories abound of adults who regret giving into their dysphoria by transitioning. Unfortunately, many schools are encouraging children to transition for fear of backlash from the transgender lobby.

Author Camille Paglia, who identifies as transgender, observed similarly: “It is certainly ironic how liberals who posture as defenders of science when it comes to global warming (a sentimental myth unsupported by evidence) flee all reference to biology when it comes to gender.”

For many children, the only chance they have at a solid education is in the public school system. Some children do not have other significant outside influences beyond their school and home. It’s imperative children continue to receive the best education the system can give them, however flawed the system may be.

Schools need to place parameters on this issue.

Schools should not be a battleground for social experiments. Underneath the transgender toolkits, bathroom battles, and transgender bullying is a rift between progressives and conservatives. The former want to engage in this battle in the school system because it’s a soft place to land — who would deny children their right to feel however they want? The latter are beginning to realize more than ever that the transgender lobby just keeps pushing the envelope. This has led not to more equality, more humility, or more grace, but the opposite: Now the vast majority of society, which remains cisgender, is starting to get angry as they are forced to acquiesce to yet another demand.

Schools should make district-wide, or perhaps statewide, policies ensuring that there is a facility for transgender studenets to use that is simple, conventional, and drama-free. Perhaps convert a bathroom on either end of the building or in the school office to single-sex use. (The argument that transgender children feel embarrassed using a separate or office bathroom is moot here. The children are already announcing to an entire school they are transgender. The onus is not on the school system to ensure that their announcement be accommodated as a special request.) The school should change their policies up front as a kind of liability waiver so the threat of a lawsuit is no longer applicable. Then schools should go about educating children.

Transgender issues permeating schools is an ongoing distraction, a costly venture, and one that defies the very purpose of schools. Schools should no longer be a battleground for this social experiment.