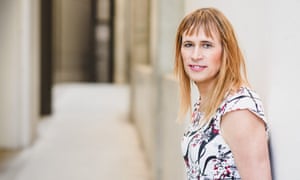 I remember being bullied when I was 10 years old.

One day, I was hung from a clothes hook in the boys’ change rooms. I felt defenceless and didn’t know what was going to happen next. Fortunately, someone saved me.

Another time I went away for brigade camp. I started to walk towards the girls, because I found myself wanting to be part of their group. The boys’ brigade leader caught me. He made some of the other boys tip me upside down in the local river. With my head underwater for what seemed like an eternity, I wondered if this was it, if I would die. It felt like it would never end; however, eventually the boys decided to stop my “punishment”.

It was a horrific experience and one I remember to this day. I was convinced I was going to die.

As a transgender female I have often been bullied, intimidated and harassed. These experiences left me with mental scars.

And much of this assault happened in public. One day I was walking through a train station towards an escalator when I was approached by a man. As we both went down the escalator he put his hand on my leg and moved it up towards my genitals.

“No!” I said. He stopped and moved away from me. I was too stunned, scared, and shocked to do anything more about it. I went home thinking there must be something wrong with me. I began to believe that being treated like this is part of being a woman, when it is not and should never be. We must value ourselves and recognise we are worthy, because we deserve dignity and respect.

People can say you “brought it on yourself” or the perpetrator is “known” for it, or is “just joking around”. When you mention it to someone or even dare to complain about it, they try to dismiss it, telling you to move on, forget about it. But you can’t. The damage is done.

We can no longer allow our schools and workplaces to act as breeding grounds for bullies.

If we stand back and do nothing, well, nothing will change. This is why I decided to become involved with Now Australia: I want to change society and the workplace for the better.

Too many people suffer in silence. In my community, the rates of suicide and attempted suicide are among the highest in the country.

Interestingly, the true figures around sexual harassment in the transgender community are yet to be measured. However, the Australian Human Rights Commission (AHRC) report Change the Course: National Report on Sexual Assault and Sexual Harassment at Australian Universities 2017 stated this:

I have heard many stories of what transgender people go through, in job interviews or the workplace.

Imagine being a transgender woman in an interview situation, nervous yet excited about the prospect of finally gaining employment. You arrive only to have the information sheet on a clipboard chucked on your lap. Once you fill out the form, it’s picked up by an employee wearing gloves. GLOVES. If this is not intimidation, then I don’t know what is. This happened to somebody I know who prefers to remain anonymous.

When one goes through these experiences, there is often nagging self-doubt. Sadly, stories like these are not uncommon.

We must create workplaces free from bullying, intimidation and sexual harassment. We now have an opportunity to do this, as well as support those who are suffering in silence.

The mission of Now Australia is to clean up toxic workplaces. Our message will be heard across the land. And we will not stop until sexual harassment ends, once and for all.

• Melissa Griffiths is a steering committee member of Now Australia

… we have a small favour to ask. More people are reading the Guardian than ever but advertising revenues across the media are falling fast. And unlike many news organisations, we haven’t put up a paywall – we want to keep our journalism as open as we can. So you can see why we need to ask for your help. The Guardian’s independent, investigative journalism takes a lot of time, money and hard work to produce. But we do it because we believe our perspective matters – because it might well be your perspective, too.

I appreciate there not being a paywall: it is more democratic for the media to be available for all and not a commodity to be purchased by a few. I’m happy to make a contribution so others with less means still have access to information.Thomasine, Sweden

If everyone who reads our reporting, who likes it, helps fund it, our future would be much more secure. For as little as $1, you can support the Guardian – and it only takes a minute. Thank you.