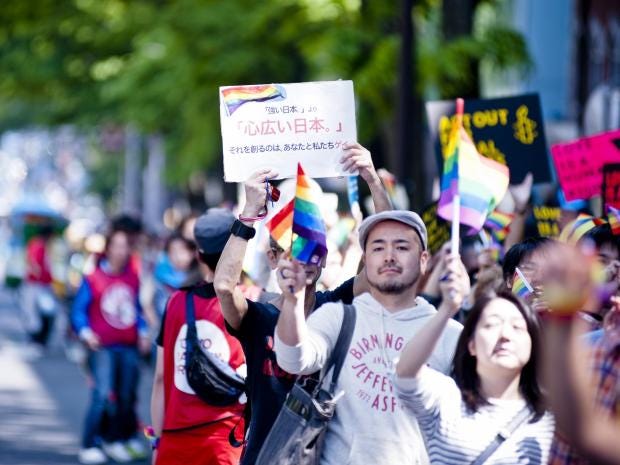 The Japanese Government is being urged to end a rule requiring transgender people to undergo sterilisation to legally change gender.

People who seek to alter their legal sex must appeal to a family court under legislation entitled Law 111.

Although the law affords some rights to transgender people and was hailed as step towards equality for LGBT people when it was introduced in 2003, it imposes a series of restrictions on those seeking legal recognition. 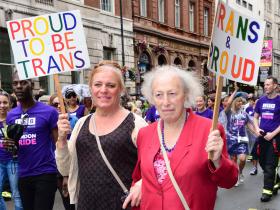 Law 111 requires successful applicants to be single, not have children under the age of 20, have a psychiatric diagnosis of “gender identity disorder”, and be sterilised.

The rule stipulating applicants must “permanently lack functioning gonads” has been condemned by both the United Nations and the World Health Organisation.

Human Rights Watch said the practice “amounts to forced sterilisation” and on Wednesday called on the Government to urgently review the law.

“Forcing people to undergo unwanted surgeries to obtain documentation is contrary both to Japan’s human rights obligations and its reputation as a champion of LGBT rights,” it said in a statement.

“The government should urgently revise Law 111 to end forced sterilisation.”

The rule was challenged earlier this year when TakakitoUsui, a 43-year-old man who was born female, took his case to family court.

Same-sex marriage is illegal in Japan and he wanted to change his legal gender so he could marry his girlfriend, while retaining the ability to have children.

“I hear some people who underwent operations came to regret them,” he said.

“The essential thing should not be whether you have had an operation or not, but how you want to live as an individual.”

The Japanese Justice Ministry said the surgery requirement was put in place to avoid “various confusion” and “problems that would arise when a child was born because of the reproductive ability retained from the former sex”.

A survey by the Japanese Society of Psychiatry and Neurology found that about 20 per cent of 15,000 people who consulted experts about their gender identity issue between 2004 and 2012 went on to change their sex legally after undergoing sterilisation.

The UN special rapporteur on torture in 2013 said people being “required to undergo often unwanted sterilisation surgeries as a prerequisite to enjoy legal recognition of their preferred gender” was a human rights violation.

Although attitudes to LGBT issues have shifted in Japan in recent years, transgender people still face discrimination at work, in education, and in accessing healthcare.

Several attempts to change the law in Finland, the only Nordic country still requiring sterilisation, have failed.