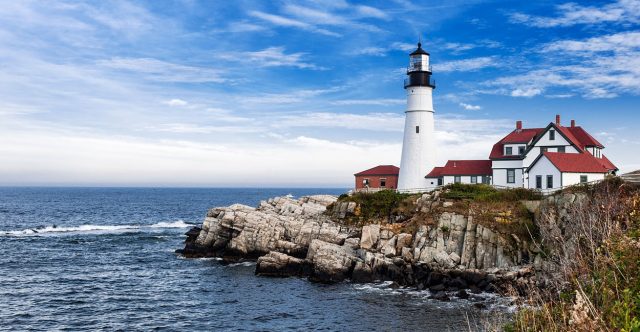 Portland Public Schools may adopt new transgender policies requiring teachers to support the wishes of a transgender student if they are at odds with those of their parents.

Maine’s Portland school board will hold a vote Tuesday to determine if it will adopt the comprehensive transgender policy—deemed the “transgender and gender expansive student policy”—stating that the district will “abide by the wishes of the student with regard to their gender identity and gender expression while at school,” according to the Portland Press Herald.

The policy will also mandate that all school staff are trained regarding transgender etiquette and will require that they use a student’s preferred name and pronoun as opposed to their given name or birth pronoun, the Herald reports. The policy will address those who are male, female, both, neither, or some other gender.

Americans need an alternative to the mainstream media. But this can’t be done alone. Find out more >>

“It’s a good official first step … I feel like I can be myself here,” 18-year-old transgender student Alexander Fitzgerald, who worked with district officials and the Maine Human Rights Commission to draft the policy, told the Portland Press Herald. “It will be nice to know that it’s the adults’ job to educate each other, and not the children’s job to educate the adults,” Fitzgerald added.

“The community and board members rallied to ensure that we, as a school district committed to equity, made clear our commitment to support our transgender and gender expansive students … this policy is an effort to do just that,” Superintendent Xavier Botana told the Portland Press Herald

The Portland district would become one of Maine’s first districts to adopt policies regarding transgender students. The district decided to draft its policies after President Donald Trump rolled back former President Barack Obama’s gender identity guidelines, Botana explained to the Herald.

The policy’s likely adoption comes after the New Jersey State Interscholastic Athletic Association OK’d a new policy allowing transgender student athletes to participate on teams that reflect their chosen gender identity. Students do not need any official documentation or doctor’s notice, according to HS Live.

Maryland schools also recently adopted progressive policies allowing transgender and other students who feel uncomfortable to use the bathrooms and locker rooms of their choice.

Content created by The Daily Caller News Foundation is available without charge to any eligible news publisher that can provide a large audience. For licensing opportunities for this original content, email licensing@dailycallernewsfoundation.org.

A Note for our Readers:

Trust in the mainstream media is at a historic low—and rightfully so given the behavior of many journalists in Washington, D.C.

Ever since Donald Trump was elected president, it is painfully clear that the mainstream media covers liberals glowingly and conservatives critically.

Now journalists spread false, negative rumors about President Trump before any evidence is even produced.

Americans need an alternative to the mainstream media. That’s why The Daily Signal exists.

The Daily Signal’s mission is to give Americans the real, unvarnished truth about what is happening in Washington and what must be done to save our country.

Our dedicated team of more than 100 journalists and policy experts rely on the financial support of patriots like you.

Your donation helps us fight for access to our nation’s leaders and report the facts.

You deserve the truth about what’s going on in Washington.

Please make a gift to support The Daily Signal.