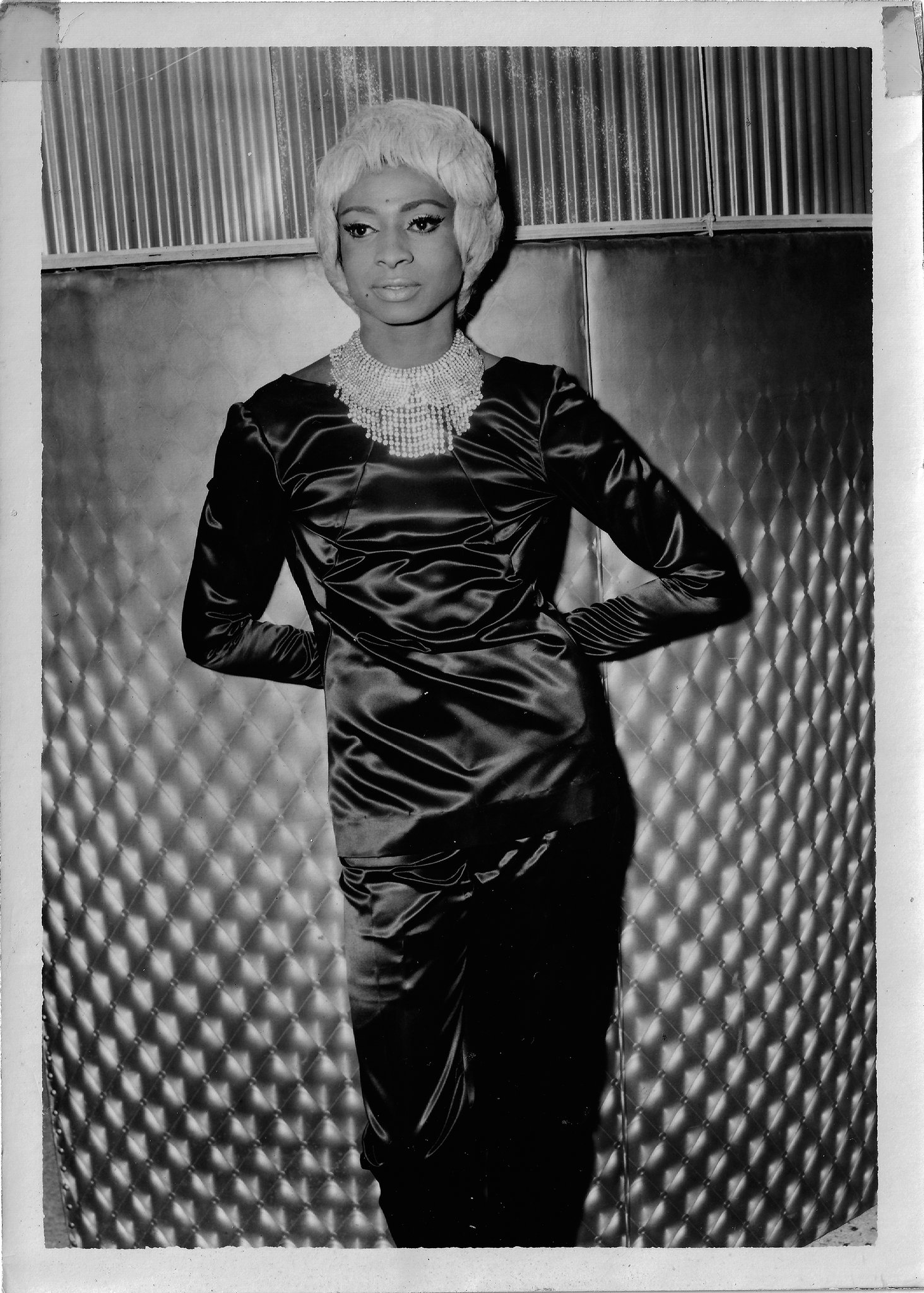 In August 2016, Douglas Mcgowan arrived at a modest brick house near central Nashville with a contract and the faint hope of a face-to-face meeting with the home’s mysterious occupant.

Mr. Mcgowan, a scout for the archival record label the Numero Group, was looking for Jackie Shane, a venerated but misunderstood soul singer who had not been seen in public in nearly five decades. He had obtained Ms. Shane’s phone number three years earlier through a friend of hers, and the pair had developed what felt like a genuine long distance friendship — he engaged her on current affairs over lengthy, discursive phone calls and steered clear of prying personal questions; she teased him with a nickname, “Hot lips,” and told him he sounded short.

At Ms. Shane’s house in Nashville, Mr. Mcgowan had envisioned a climactic rendezvous. But it never happened.

“I’m not ready,” Mr. Mcgowan said Ms. Shane called out from the other side of a wall. After two hours of debating in the summer heat, he finally gave up, leaving the contract — an agreement for Ms. Shane to work with the Numero Group to reissue her catalog — on her front doorstep.

To Mr. Mcgowan’s relief, she signed it.

The reissue, a two-disc boxed set with extensive liner notes called “Any Other Way,” comes out Oct. 20. It is the first comprehensive collection of Ms. Shane’s music, which electrified primarily Canadian audiences throughout the 1960s. In 1963, the title track — a buttery William Bell cover — was a local hit on Toronto radio and peaked at No. 2 on the singles chart there, ahead of Skeeter Davis’s “The End of the World” and below the Chiffons’ “He’s So Fine.”

Ms. Shane walked away from her career without explanation in 1971. In the intervening decades, she has become an internet curiosity and minor cult heroine among soul music aficionados who have spun crackpot theories as to her whereabouts and well-being.

Over two telephone calls this fall, Ms. Shane, who is now 77, spoke to The New York Times for her first-ever extensive interviews with the press, and first public remarks of any kind since she disappeared 46 years ago.

She was eager to break her silence.

“I told Sam and Doug: If you want me to be phony, you’ve got the wrong person,” Ms. Shane said, referring to her publicist and Mr. Mcgowan.

She was born in Nashville in 1940, black and transgender at a time when either meant a life of constriction and compromise. Before she ever set foot on a stage, Ms. Shane’s existence was itself a tightrope walk, pitched between third rails in the Jim Crow South.

Though she said she self-identified as a woman in a man’s body by the time she was 13, Ms. Shane occasionally described herself to peers as gay — several decades before the movement for transgender rights altered the discourse around gender and sexuality. Throughout her career, she was referred to publicly as a man.

“I was just being me,” she said. “I never tried to explain myself to anyone — they never explained themselves to me.”

Around 1959, she emigrated to Toronto, where she wore wigs and makeup onstage and off — typically paired with fur, silk or sequins. In front of rapt nightclub audiences, when she sang with husky, quavering verve, or turned interstitial monologues into febrile, secular sermons, she was exhibiting a kind of radical transparency.

“You know, you’re supposed to live,” she says in a monologue from the live version included on the boxed set, outlining her own liberation theology. “As long as you don’t force your will and your way on others, forget ‘em, baby, you don’t need ‘em.”

Before she left the grid in 1971, Ms. Shane studied under Little Richard and the Upsetters, and shared stages with Etta James, Jackie Wilson and the Impressions, among other R&B and soul icons. But she never recorded a studio album, in part because of the fledgling state of Canada’s music industry at the time and her own distrust of record labels. In the years after she stopped performing, Ms. Shane’s star, like that of so many almost-famous performers dotting the universe of postwar popular music, quietly dimmed.

Ms. Shane said she’d spent the better part of the last five decades in Los Angeles, where she first moved to be with her mother, Jessie Shane. Ms. Shane’s stepfather died in 1963, and the singer said she felt guilty pursuing a career thousands of miles away while her mother lived alone. So she left it behind, and cared for her mother until her death in 1997.

In Nashville, Ms. Shane has sought a clean break from her past. She said she moved back eight or nine years ago and now lives alone.

She is reclusive and ventures outside only rarely — once a month for supplies (including pet food: her black-and-gold cat is named Sweetie), or for the occasional walk. She declined to say how she’s supported herself, but said she’s never had a job other than music.

When Ms. Shane does leave the house, she dresses in a hat and sunglasses out of fear of being recognized. She estimates that her neighbors have spotted her only “three or four” times in the near decade since she moved in.

“I don’t mingle,” she said, because “down South, gossiping and meddling is like breathing.”

She was at times unapologetically misanthropic, tracing her distrust of others to her upbringing in Nashville. As a child, Ms. Shane turned heads by speaking and dressing in an openly feminine manner from an early age. She disarmed busybodies and browbeaters with preternatural self-confidence and an innate survival instinct that could turn ferocious.

For example, she recalled a schoolyard bully who made the mistake of striking her with a stone in the fourth grade. “He wanted to torment me and I would never allow that,” Ms. Shane said, still defiant. She used a jump rope to thrash him — and then, in a fight-or-flight fury, turned the whip on a teacher who attempted to intervene.

Not all of her antagonists were as conventional. Ms. Shane said she had twice escaped inappropriate touching from older men who were friends of her family, beginning when she was as young as five. The experiences shaded her worldview.

Recent advances in gay and transgender rights have done little to brighten it. Asked for her thoughts on the Supreme Court’s 2015 decision upholding gay marriage, Ms. Shane expressed limited enthusiasm. “We should have been able to do it from the beginning,” she said. “We’ve had to fight for everything that should have already been on the table.”

Today, her domestic life is both extraordinary and familiar. Ms. Shane has never learned to cook (“I’m a terror in the kitchen, honey — I could set water on fire”) and has food catered four to five times per week (when craving strikes, she orders from Domino’s). She says she’s accumulated an extensive library of movies and TV shows, and enjoys watching old Hollywood films with stars like Peter Lorre, Humphrey Bogart, Bette Davis and Joan Crawford.

Lately, though, she’s been binge-watching the NBC fantasy drama “Grimm,” about a homicide detective who discovers a hidden world of mythological creatures.

“Every culture has some kind of boogeyman,” she said.

After the release of Ms. Shane’s anthology, Mr. Mcgowan is hopeful that renewed interest will prompt her to return to public life, and — in a perfect world — the stage. Ms. Shane made no such promises in her interviews. But, she said, a recent glance at the popular music landscape has at least stirred the thought.

“I’m going to have to school these people again,” she said.