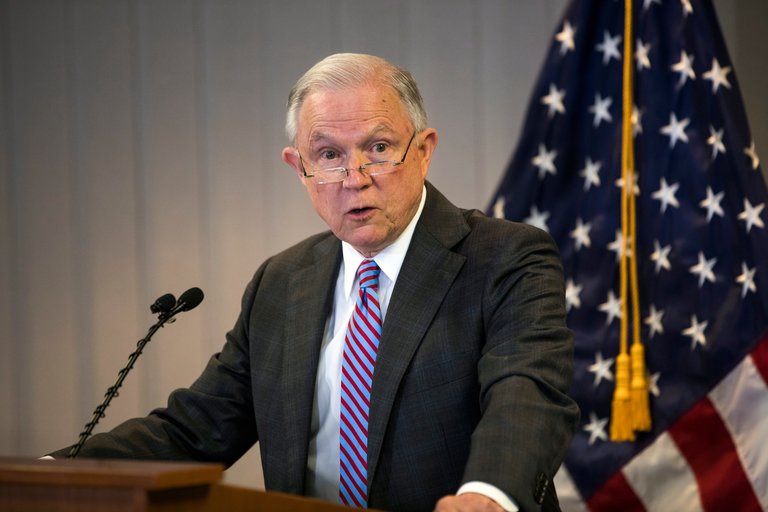 In taking the step, Mr. Sessions, a staunch conservative, is sending a signal that he has made a priority of fighting violence against transgender people individually, even as he has rolled back legal protections for them collectively.

The Justice Department rarely assigns its lawyers to serve as local prosecutors, and only in cases in which they can provide expertise in areas that the federal government views as significant. By doing so in this instance, Mr. Sessions put the weight of the government behind a small-city murder case with overtones of gender identity and sexuality.

Kedarie Johnson, a 16-year-old student in Burlington, Iowa, was shot to death in March 2016. Family and friends told local newspapers that he was gay, identified as both male and female and occasionally went by the name Kandicee. Christopher Perras, a Justice Department lawyer, will serve as a county prosecutor in the case, according to court documents filed on Friday.

“This is just one example of the attorney general’s commitment to enforcing the laws enacted by Congress and to protecting the civil rights of all individuals,” said Devin O’Malley, a spokesman for the Justice Department.

Nine months into his tenure as the nation’s top law enforcement official, the nuances of Mr. Sessions’s civil rights policy are coming into focus. As a senator from Alabama, Mr. Sessions had spoken out against same-sex marriage and voted against expanding federal hate crimes laws to protect transgender people, and civil rights groups were livid when President Trump nominated him to be attorney general. They predicted he would reverse policies on discrimination, police abuses and other areas.

In many ways, Mr. Sessions has fulfilled those predictions. He declared that the Justice Department no longer considered gay or transgender people to be protected from workplace discrimination and reversed a policy encouraging schools to let transgender students use bathrooms that fit their gender identities. He abandoned objections to voter identification requirements in Texas and signaled that he would not try to force federal oversight on police departments suspected of abuses.

But he has also brought several hate crime cases, including one against a man accused of burning a mosque. He condemned white supremacist violence in Charlottesville, Va., far more forcefully than the president. And he has vowed tough action against hate crimes, speaking aggressively in ways that few of his most ardent opponents could have predicted. He has tied enforcement of those crimes to his tough stance against violence, a cornerstone of his policies as attorney general.

“Hate crimes are violent crimes,” Mr. Sessions said in a speech in June. He has publicly applauded aggressive hate crime prosecutions, including one in which a Mississippi man received a 49-year prison sentence in the death of a transgender woman. That case was brought in the final weeks of the Obama administration. “No person should have to fear being violently attacked because of who they are, what they believe, or how they worship,” Mr. Sessions said.

During the Obama administration, the Justice Department pushed the boundaries of civil rights, routinely arguing for a broad reading of the law. Mr. Sessions takes a much narrower view. When civil rights laws say “sex,” Mr. Sessions argues, they mean only that — not gender identity or sexual orientation.

Critics and supporters agree that Mr. Sessions is more likely to pursue civil rights matters in individual cases, rather than trying to address larger, systemic issues, as the Obama administration did. He has promised to “punish any police conduct that violates civil rights,” for example, but is skeptical of efforts to force department-wide overhauls. He supports prosecuting those who commit violence against transgender victims but opposes reading the law in a way that broadly extends discrimination protection for transgender people.

Get what you need to know to start your day in the United States, Canada and the Americas, delivered to your inbox.

“He has no problem with discrimination against L.G.B.T.Q. people in jobs, education and other facets of life, but will lean forward in this one case where a transgender individual has been killed,” said Vanita Gupta, the president of the Leadership Conference on Civil and Human Rights and the head of the Justice Department’s civil rights division in the Obama administration. “While it is of course good that D.O.J. is aggressively pursuing this case, it would behoove Sessions to connect the dots between his policies that promote discrimination and hate that can result in death.”

A high-profile test of Mr. Sessions’s views on individual accountability is looming. In March, six House members wrote Mr. Sessions and implored him to investigate a spate of killings of transgender black women. The letter got his attention, and he summoned one of his top civil rights prosecutors to a meeting about it.

Federal law — the one Mr. Sessions opposed in the Senate — makes it a crime to attack someone based on gender identity. Typically, civil rights prosecutors monitor news reports and other public information, looking for signs of a hate crime that would give them reason to investigate.

“That may not be good enough,” Mr. Sessions said, according to an official in attendance.

He ordered civil rights prosecutors and the F.B.I. to review each of the seven cases lawmakers had asked about and to contact local authorities to offer assistance. “A lot of concerns and questions were out there about how this was occurring and what we were doing about it,” Mr. Sessions recalled in his June speech.

At his Senate confirmation hearing, Mr. Sessions faced pointed questions from some of his former Judiciary Committee colleagues about his views on hate crimes, particularly those involving transgender victims. “The law has been passed. The Congress has spoken,” Mr. Sessions said. “You can be sure I will enforce it.”

Mr. Sessions has invoked that testimony in discussions at the Justice Department, saying that he gave Congress his word and that he intended to keep it, according to one person present, who spoke on the condition of anonymity to describe private conversations.

As part of its review, the Justice Department opened at least one hate crime investigation, helped process evidence in another case and sent Mr. Perras to Iowa to help prosecute a man, Jorge Sanders-Galvez, accused in Kedarie Johnson’s killing.

The local authorities have not publicly disclosed a motive in that case but have said they do not believe it was related to gender or sexual orientation. The victim’s family disagrees. The county attorney, Amy K. Beavers, did not respond to email and phone messages.

A high-profile test is on the horizon. Last year, Attorney General Loretta Lynch authorized prosecutors to seek civil rights charges against a New York City police officer over the death of Eric Garner. Mr. Garner died in 2014 after the officer put him in a chokehold. His gasps of “I can’t breathe” became a nationwide rallying cry for protesters criticizing police abuses — a movement that Mr. Sessions criticized.

Prosecutors have been building their case before a grand jury, with an eye toward what would be one of the highest-profile police abuse indictments in years.