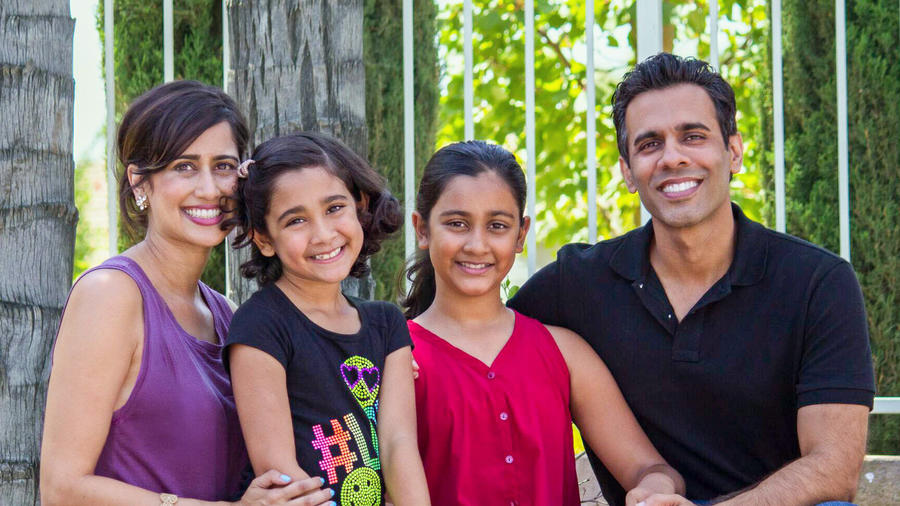 Nicole Brar wants you to know her name, and that she deserves better.

The transgender 8-year-old girl and her parents are suing her former Orange County private school for allegedly preventing her from expressing her gender identity. She is choosing not to be a Jane Doe — as a young plaintiff, she could remain anonymous — because she feels strongly, according to her lawyers, about “fighting on behalf of her right to an education without discrimination.”

Her mother, Priya Shah, said the family thought long and hard before filing the lawsuit. “It honors our child’s commitment to being who she is despite adversity,” she said in an email. “It is our small contribution toward ensuring that other transgender and gender expansive children do not go through the same hardship and trauma.”

The lawsuit, filed last week in Orange County Superior Court, alleges that Heritage Oak Private Education in Yorba Linda would not let Nicole, who goes by Nikki, dress as she chose, use the bathroom of her choice and go by female pronouns.

The complaint contends that the school violated the Unruh Civil Rights Act, a California law that outlaws a broad range of discrimination, including by sex or sexual orientation, and that it fraudulently advertised itself as nondiscriminatory and focused on the “whole child.”

“This is the first [transgender rights] case to use a state anti-discrimination law as one of the grounds for relief,” said Mark Rosenbaum, who directs the pro bono Public Counsel Opportunity Under Law, which has taken on the lawsuit along with several law school professors. “In light of the Trump administration’s inaction on taking a stand against discrimination against trans individuals … this is a terribly important case.”

Asaf Orr, an attorney for the National Center for Lesbian Rights’ transgender youth project, which is not involved in the case, said he believes its argument is sound. “Hopefully this will lead to a larger conversation about what schools need to do to serve transgender students,” he said. “They have to create a private school environment that’s safe and supportive for all students.”

The lawsuit names Heritage Oak and its executive director Phyllis Cygan, as well as the school’s parent group, Nobel Learning Communities, which is headquartered in Pennsylvania, and its regional director, Kate Taylor.

Cygan did not respond directly to requests for comment. But Kerry Owens, a vice president at an advertising firm called MGH, forwarded a statement saying that Nobel schools have met the needs of older transgender students.

“We believed it was extremely important to respond, not hastily, but with deliberate care, to decide when and how to inform and educate our entire elementary school community of students, staff and parents about the mid-year change of gender identity expression of a young child,” the statement continued. “Due to the sensitivity of the issue and age of the child, we believed we needed expert guidance regarding timing (such as, preparing children for a change they would see in spring semester of second grade and fall semester of third grade), process and age-appropriate communication.”

The school had hired an outside consultant and had been communicating with the family to discuss accommodations, the statement said. “Unfortunately, these accommodations were rejected and the parents withdrew their child.”

Rosenbaum, Nikki’s lawyer, rejected the notion that the problems came down to miscommunication or speed of action. The school, he said, “created roadblocks and ultimately refused to meet the undisputed needs of a young transgender student in their care.”

The 76-page complaint paints an intimate portrait of Nikki’s home and school life.

Nikki was designated male at birth and given a different name. But as a young child, she gravitated toward the color pink and rainbow ponies. She walked in her mother’s heels and asked for nail polish on her toes. She would wrap herself in her grandmother’s scarf, draping it like a dress.

When she was four, she told her parents that she wanted to be a girl. They told Nikki that gender was a spectrum, like hot and cold water, that she could be any kind of boy she wanted to be.

But just before she turned 7, in June 2016, Nikki said, “I want to be called a girl.” Her parents took her to a therapist focused on gender.

Soon after, they began letting her wear girls’ clothes. Only then would she let her parents photograph her. She said she felt free and that boys’ clothes had “felt like a prison” to her.

Nikki’s parents decided to send her to Heritage Oak in part because it advertised itself as a nondiscriminatory community that valued diversity and focused on children’s individual needs. “The school teaches third-grade curriculum in the second grade, which we believed would keep our child challenged and engaged,” Shah said. “We envisioned our child growing both intellectually and socially.”

When the school year began, Nikki was in the process of transitioning but still presenting as a boy at school. “We were very careful not to rush to judgment,” Shah said. But before she arrived at Heritage Oak, her parents told the school’s executive director what was happening and asked that Nikki be treated as a girl if that’s what she ended up wanting. According to the complaint, Cygan deferred a decision.

By November, Nikki’s parents got the sense that Nikki would fully transition socially, spokesman Manny Rivera said. Again, they asked that the school accept her choice: that it let her use her chosen pronouns, wear a girl’s uniform and go to the girls’ bathroom — either that school year or the next one. Cygan allegedly did not answer their demands, except to say that she would allow Nikki to grow her hair.

By winter break in December, Nikki’s transition had solidified. In January, the school insisted that Nikki wear the boy’s uniform. The school said she would have access to a staff bathroom, but she couldn’t go to the bathroom used by her female classmates. Cygan declined their other demands, calling the school a “conservative institution” in which Nikki’s transition would “create an imbalance,” the complaint says.

According to the complaint, the school’s disregard of Nikki’s gender preference empowered her peers — including Cygan’s son — to bully her and call her a loser.

As a result, the complaint states, Nikki felt distressed and isolated. Girls didn’t want to play with her because was dressed as a boy, and she kept away from the boys and their rougher activities. At recess she sat off by herself, reading. “All the children at the school have a name they identify with and a uniform and bathroom that accord with their gender identity,” the complaint says. “Not so for Nikki.”

One day, Nikki heard a report about suicide on the radio, according to the lawsuit. She asked her parents if she could “suicide herself” because “life is really hard.”

Nikki left her school in February 2017, and her mother left a teaching job in order to home-school her.

Rosenbaum said Nikki is using the lawsuit not just to assert her rights but also to work through the feelings of being disrespected and singled out.

The complaint seeks damages for emotional distress and discrimination as well as over $10,000 in school tuition and fees. It also asks the school to declare that it violated the state nondiscrimination law and that it advertised fraudulently. It demands further that Heritage Oak write a policy of nondiscrimination toward transgender students, train staff according to that policy and incorporate lessons about transgender identity into its curriculum.

This year, Nikki will get a new start in an Orange County public school.